The Museum of Arts and Design announced today that it has tapped Glenn Adamson, the head of the research department at London’s Victoria & Albert Museum, to be its new director. Dr. Adamson takes the place of Holly Hotchner, who was appointed in 1996 and who in January announced that she would step down in April. Though you can start sending congratulations cards to the new director now, he doesn’t officially take up the position until Oct. 15.

“Glenn has incredible vision and depth of knowledge in the field,” MAD’s chairman, Lewis Kruger, said in a statement. “He brings to MAD a strong commitment to new scholarship and to exploring process in contemporary art and design, which is at the heart of our mission. At the same time, he brings tremendous energy that will sustain and strengthen our growth as an institution.”

Before joining the V&A, Dr. Adamson was curator at the Chipstone Foundation in Milwaukee, and served as an adjunct curator at the Milwaukee Art Museum. He earned his B.A. in art history from Cornell, and his Ph.D. in the field from Yale. 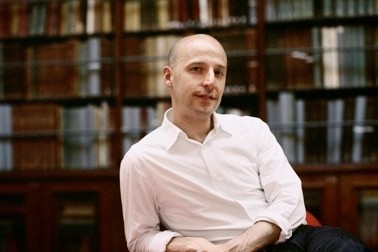 Filed Under: museum of arts and design, Glenn Adamson