Avril Nolan found out she was the poster child for a Human Rights campaign via Facebook.

A quarter page color ad appeared in the widely-distributed free newspaper amNewYork back in April featuring Ms. Nolan along side the text “I am positive (+) … I have rights.”

It was paid for by the state Division of Human Rights and was widely distributed around the city.

The 25-year-old Greenpoint resident, who is originally from Ireland, is suing Getty for $450,000 for selling her likeness to the DHR without her consent.

Ms. Nolan’s lawyer, Erin Lloyd, said her client was “mortified” and that the incident “has caused a lot of anxiety.”

“Upon learning of the publication, [Ms. Nolan] became instantly upset and apprehensive that her relatives, potential romantic partners, clients as well as bosses and supervisors might have seen the advertisement,” she said in her court filings.

“Feeling humiliated and embarrassed, [Ms. Nolan] was forced to confess to her bosses that her image had been used in an advertisement for HIV services, implying that she was infected with HIV, in a newspaper often used by her own clients for advertising and that is distributed to tens of thousands of New Yorkers every day.”

The picture was taken at a fashion shoot two years ago by photographer Jena Cumbo. “A lot of people dropped the ball …  I didn’t understand my contract [with Getty].” Ms. Cumbo said. 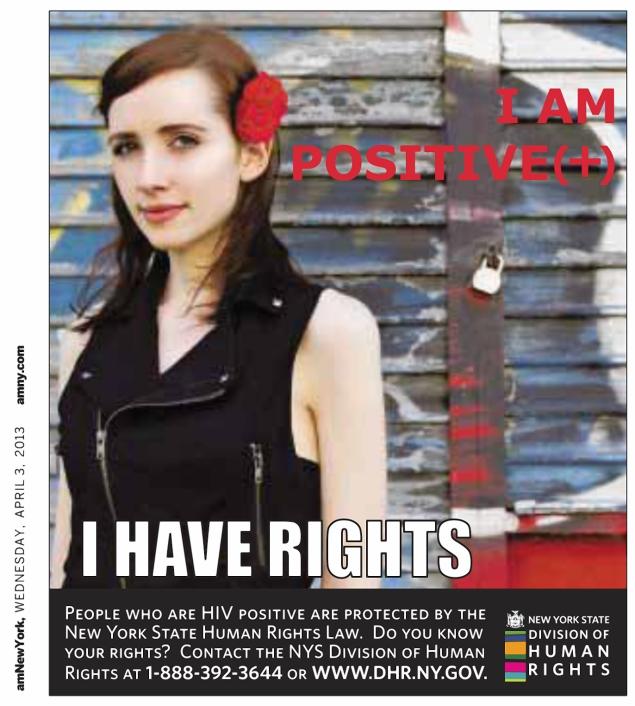