Halloween didn’t happen in New York last year. If you’ll recall, all the ghouls and goblins were held captive indoors after Hurricane Sandy surged through the city, sadly having nowhere to vomit and embarrass themselves in public.

This year marks the Parade’s 40th Anniversary, and its organizers have decided to board the Kickstarter ship to collectively raise $50,000 — the amount that was lost last year.

The funds will also cover other expenses such as security, insurance and materials costs, and more.

Jeanne Fleming, artistic and producing director of the parade, said, “We would really love it if everybody came together and put this parade on a nicer financial footing.”

Supporters have until October 21 to pledge their support here.

Who doesn’t enjoy Halloween in New York? It’s the one day of the year where you can wear plastic wrap, scream at strangers and fondle yourself in public everywhere—not just in Bushwick. 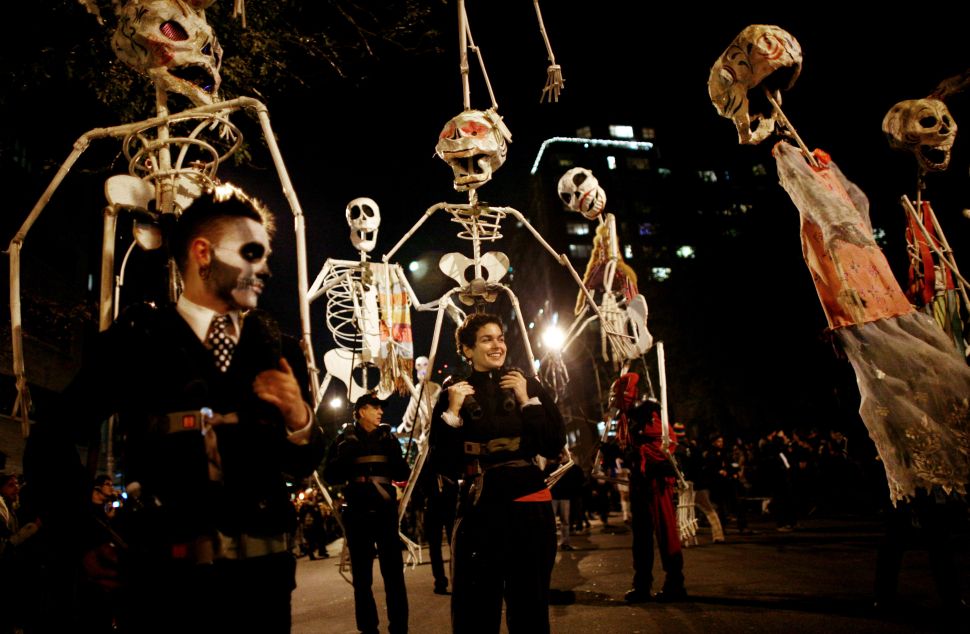