Atlantic County Sheriff Frank Balles, the Republican challenger to incumbent state Sen. Jim Whelan (D-2), will head to the boardwalk later today to unveil his new attack website, which features a Monopoly board over-laden with the alleged bad government transgressions of the incumbent.

A 50-inch monitor rigged up with laptops will give people a chance to hit the various prompts on the site designed by Strategy group for Media out of Ohio.

“We couldn’t put everything on it – all the things he’s done over a 31-year career in government,” Balles said. “There weren’t enough spaces on the board.”

Whelan first became an Atlantic City councilman in 1981, and Balles’s site reaches into the orifices of everything from the senator’s alleged absences as mayor and budgetary gaffes when he served as the city’s chief executive.

The Republican candidate said he is encouraged by the site and believes it will draw people to what most experts see as one of the most competitive legislative contests of the season.

“We put a lot of thought and effort into it and think it’s a fun and interactive way to highlight Senator Whelan’s record,” Balles said. “We think it will resonate with people.”

The GOP challenger called Whelan’s worst work a bill that would tax New Jersey drivers for each mile they drive.

“The problem is this: the American Society of Civil Engineers gives New Jersey’s roads and bridges a ‘D’ in terms of their condition – that’s the American Society of Civil Engineers, not Jim Whelan,” the senator said.  “The Transportation Trust Fund is not stable and I’m looking at a situation where we need to address the fact that our roads and bridges continue to crumble.”

Part of Whelan’s legislation does away with the gas tax, replacing it with a mileage tax – “so it’s not a duplicate tax,” he said.

“If there are better ideas, I certainly am open to them but to put our heads in the sand and pretend that everything is fine is (not credible),” the senator added.

Whelan said he has not seen the Monopoly Board website put out by the Balles for Senate team, but he criticized his opponent for shopping himself as the progressive candidate of new ideas.

“I haven’t heard a new idea yet,” he said. “His only point is Whelan is old and tired. He wants to criticize, but what are we going to do to fix our roads and bridges?”

Balles said he plans to go up on television from the middle to the end of this month in a contest complicated by the presence of two statewide contests.

The Republican challenger is running with what he believes is the advantage of having Gov. Chris Christie at the top of the Republican ticket.

“The reality is there are instances where we’ve worked with the governor, including pension and health benefits relief, and we staked out those issues prior to Chris Christie coming into office,” Whelan said. “There are other issues, like the millionaire’s tax, frankly where we disagree with the governor.”

A link to the Balles Team’s website can be found below. 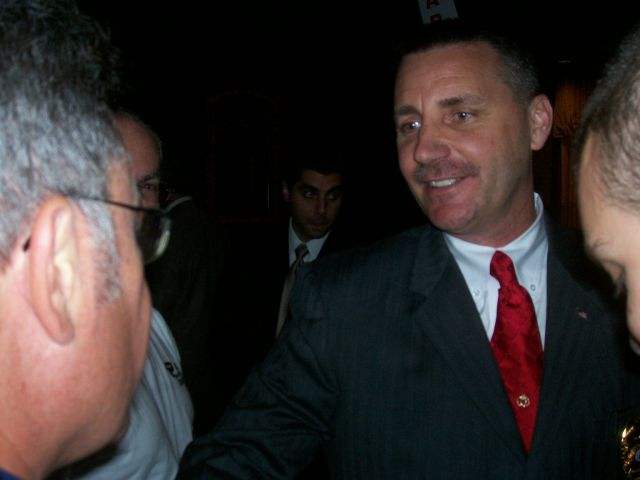