HACKENSACK – Holding to his strategy of making the Tea Party the tone deaf enemies of progress, Newark Mayor Cory Booker railed against sequester as the misplaced priority of right wing Washington, D.C.

“It’s outrageous that we would send someone into harm’s way with defective… equipment and we’re doing that here at home,” said the mayor, identifying federal cuts he said would impact local police and fire budgets.

A Democrat criticized in his party’s primary as a corporate facilitator, Booker’s running for the U.S. Senate in the Oct. 16 special general election against movement conservative challenger Steve Lonegan, the former mayor of Bogota.

Booker slapped at Lonegan, who next week is scheduled to formally receive the endorsement of U.S. Sen. Rand Paul (R-KY).

“There’s a schism in the Republican Party,” he added – “that fight between our governor and Rand Paul.”

And Paul is coming to saddle up with Lonegan, Booker reiterated with a stunned shake of his head.

Framed by mounted pictures of Ted Williams, Al Leiter and Donny Ballgame, Booker pushed a couple of diner tables together and rounded out the scene with a gaggle of everymen and women tasked to gently gripe about hard times. A band of Booker media types kept the cameras rolling as the candidate prodded the embodiment of each industry to grouse about the lack of jobs (a construction exec), the lack of a workforce (a Newark businessman), government first response funding (a war veteran/firefighter) as Booker sprinkled in equal parts affirmation, encouragement, concern, helpful hints, and off-handed jibes at fidgety reporters pushed to the outer crust of the Arena Diner event.

“Minimum wage – some of the reporters might be making that right now,” the mayor, who supports an increase of the minimum wage, cracked. 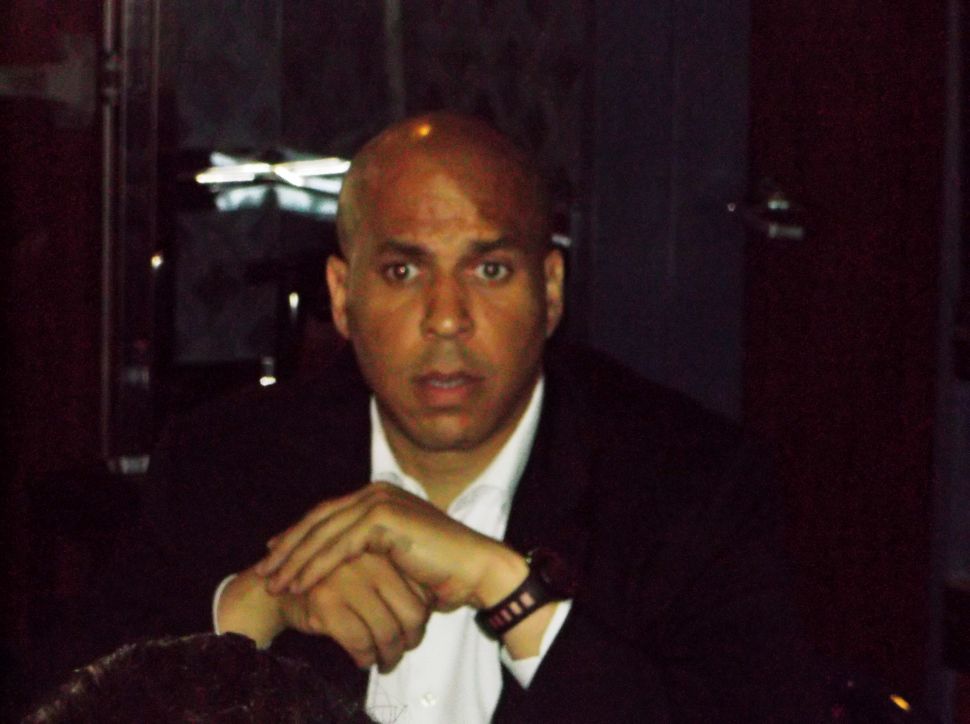