Women have a particular story to tell in politics, and Democrats don’t believe Susan Adelizzi-Schmidt is the right messenger to tell that tale, let alone embody it as LD1’s next state senator.

A link to a story in the Shore News Today circulated online with a quote in bold letters attributed to the GOP candidate.

The report reads, “Adelizzi-Schmidt is the first woman to run for state Senate in this district. She called her decision one that breaks ‘through a glass ceiling.’ ‘Suffrage for women ended 80 years ago,’ she said. ‘It’s time for suffrage to end for women in the 1st Legislative District.’”

Lumped up this week over a misleading ad regarding an ethics inquiry into Assemblyman Nelson Albano (D-1), Team Van Drew had no qualms picking apart the quote when contacted by PolitickerNJ.com.

But Chris Russell, spokesman for Adelizzi-Schmidt, said it was laughable to conclude based on a single line in a newspaper article that the GOP Senate contender doesn’t know the meaning of the word “suffrage.”

“That’s patently ridiculous,” Russell said. “This is clearly a distraction by the Democrats, who are frankly having a very bad week. Van Drew in particular had a bad week as he attempts to mislead the public about his running mate, Nelson Albano, who is everyone’s worst perception of what a politician is and the 800-pound gorilla standing on Van Drew’s Superman cape.”

Allison Murphy, Van Drew’s spokeswoman, said what was laughable was the notion that the senator had a bad week.

“We always have a good week down here,” Murphy said. “The polling shows us having a great week. The people in this district showed us we had a good week. If she doesn’t know what suffrage means that’s too bad. If we said something like that, believe me, it would get blown out, but we don’t play those games down here.

“I would hope she knows what that means,” the Van Drew spokeswoman added. “If she doesn’t, I’m sure she does now.” 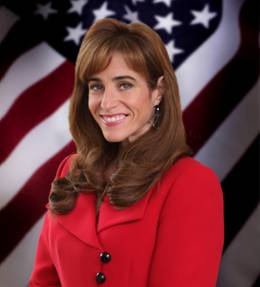