“Bob voted with Gov. Christie to balance the budget and cut business taxes,” says a web ad released this week by the LD38 Dems. “Now he’s fighting for a 10% property tax cut.”

The ad was one of a package of Democratic web ads released this week, all of which highlight a message of bipartisanship with Republican Gov. Chris Christie, who leads his Democratic challenger by 20 points.

Last month, the Bergen Record quoted Christie saying, “I am so tired of Bob Gordon. I can’t stand him.”

Gordon is hoping to withstand a challenge from GOP attorney Fernando Alonso.

“As we did in 2007, 2009 and 2011, Democrats are again establishing factual proof points that we have stood up for local residents by working on a bipartisan basis to gets things done,” said Democratic spokesman Derek Roseman. 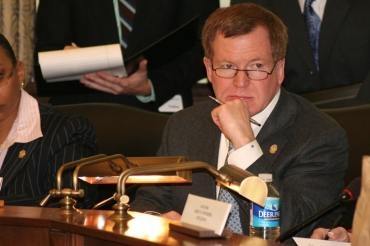