NEWARK – A progressive umbrella organization this afternoon endorsed state Sen. Barbara Buono (D-18) for governor, by its very presence somewhat underscoring the absence of Democratic Party machine politicians from Newark and the environs who haven’t enthusiastically saddled up with the Buono campaign.

An undeterred Phyllis Salowe-Kaye, executive director of New Jersey Citizen Action, said her affiliates will be out pounding on doors and making phone calls for Buono.

“New Jersey’s economic recovery lags behind the region and the nation as a whole,” said Salowe-Kaye, anchoring a ragtag tableaux of Buono progressives. “Far too many New Jersey families are still struggling to make ends meet. New Jersey needs a leader who will put the economic health of our working families first.”

Flanked by Salowe-Kaye, the Rev. Ronald Tuff of the Black Issues Convention, Jennifer Miller of the Planned Parenthood Political Action Committee of New Jersey and David Pringle of the New Jersey Environmental Federation, Buono said the whole reason she’s in the race for governor is to fight for working families.

She continues to face steep challenges, including a 20-point deficit behind incumbent Republican Gov. Chris Christie, a dearth of campaign cash and needling headlines, like one in the Bergen Record this morning.

But Buono dismissed the negative impact of her campaign’s failure to submit biographical information to accompany her name on the sample ballot.

“I never knew anyone to make a decision based on what was on the back of a sample ballot,” said the gubernatorial candidate. “This contest will be decided on the debates and on the issues.”

As for the lack of an establishment presence to augment the grassroots types gathered here in support of her, Buono reminded elected officials of what she says is Christie’s less than friendly record. “This is a governor who has brought mayors to their knees with his cuts to property tax relief – $2.4 billion, the largest amount in the state’s history,” said the candidate.

She conceded that this governor “can be vindictive. But be mindful,” she said to the mayors who have endorsed Christie, “when endorsing this governor, you are embracing all of his policies.” 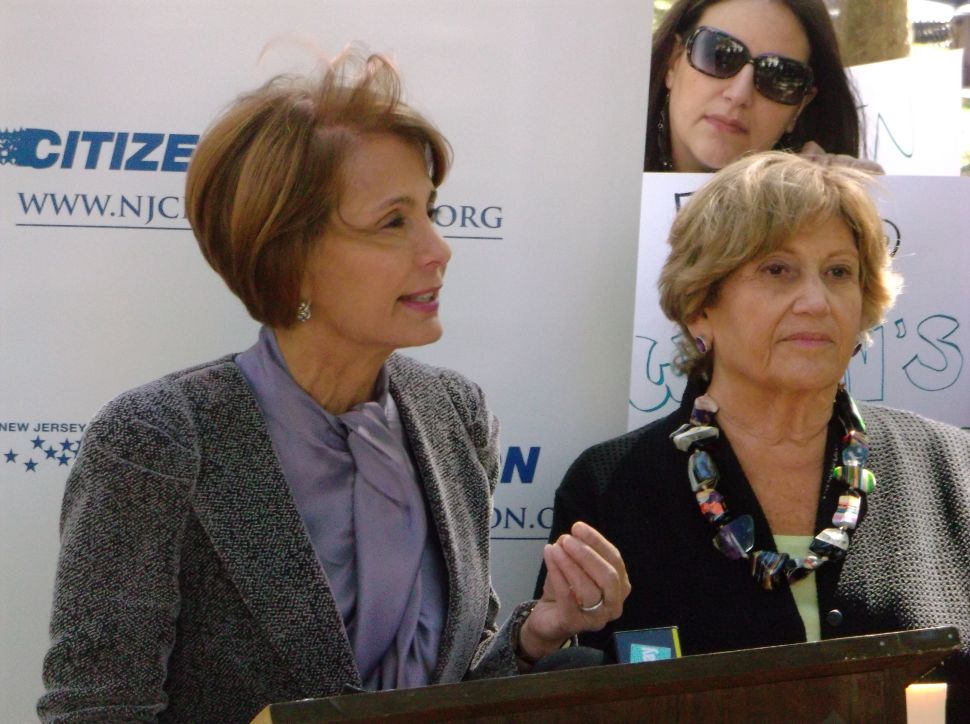