NEWARK – Irritation over statewide endorsements and how and why they ought to be issued spilled into the Newark mayoral contest yesterday as South Ward Councilman Ras Baraka and North Ward Councilman Anibal Ramos criticized each other over lack of engagement in the gubernatorial and Senate contests.

Vying to lead an overwhelmingly Democratic city, each side critiqued the other as being less than willing to scrap on behalf of Democratic candidates, or at least of engaging in only very select theaters of political combat.

A dedicated political foe of Newark Mayor Cory Booker’s, Baraka to date has withheld his endorsement of the Democratic nominee for U.S. Senate.

Ramos thinks that’s shameful, given what Booker could bring to Newark at the federal level.

For his part, Baraka is peeved at what he sees as Ramos’s less than robust support for the Democratic nominee for governor, state Sen. Barbara Buono (D-18).

But his campaign made it clear yesterday that he backs Buono for governor.

Team Baraka was hardly bowled over by the statement, but grudgingly gave props to their rivals for issuing a statement. 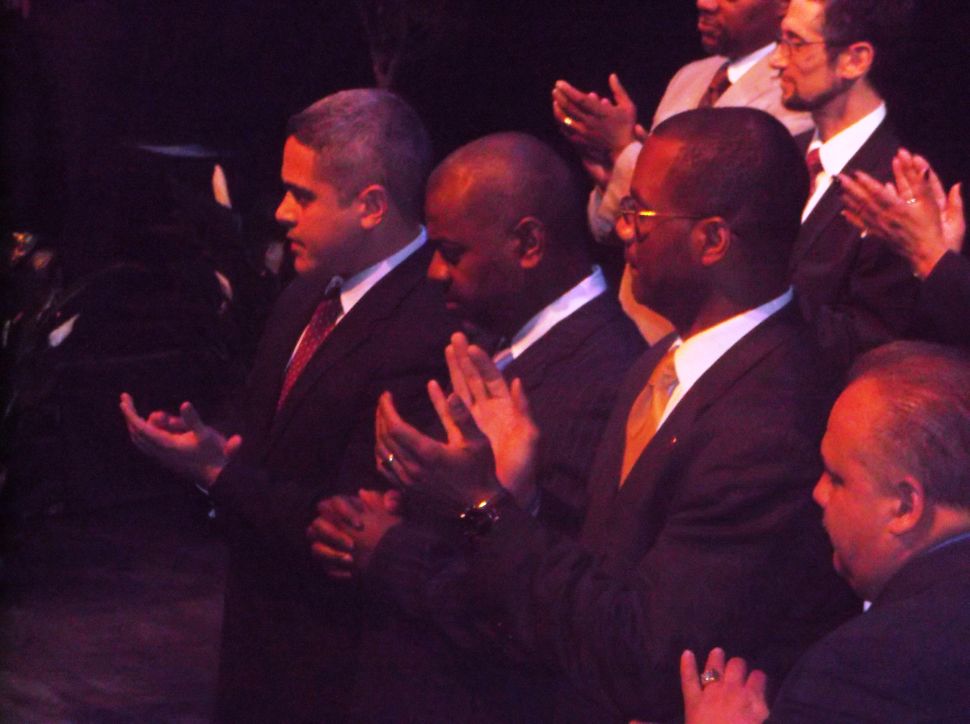