John Houck shoots rigorously simple photographs. And then, with the kind of creative technical ultra Montanism that photography itself once provoked in painting, he prints them, repositions them as backdrops to the objects they already picture and shoots them again. The result is a Cubist view of time in which shadows are cast and connections are severed in strict linear sequence but the present is always flat. And even that linearity of construction is deceptive: Because the photos in the show all revolve around childhood objects that the artist’s parents kept aside for him and only recently returned, we can see the elastically cyclical time contained in objects themselves, particularly now that mass production and mechanical reproduction have dissolved the boundary between the physical world and the meaning we assign it.

Pine Ridge, named after the Lakota reservation where Mr. Houck was born and where his father taught school, shows a blue-beaded medallion hanging flat against an open, chocolate-brown shoebox sitting on a surface covered in brown craft paper. A red patterned cloth reaches over the box’s side. To the left, its lid sticks out toward the viewer; over the cloth is the same lid again; and over that lid, like the need to know and define oneself that can never be quenched, is the same brown box again. In Baby Shoes, Never Worn, an empty white box marked with two long bars of shadow sits on multiple overlapping sheets of white and gray paper beside its lid. The paradox of family is that the more often you say something, the less it changes: The lid appears twice, in different sizes. Peg and John is named for an older couple who used to come into the restaurant where Mr. Houck’s mother worked, and it shows the pencils, compasses, curves and other architectural drawing tools they gave him. The curved instruments sit flat, the lead holders stand up like spires, lit from opposite directions, and two pencils, one yellow and one blue, make the artist’s most radical spiritual argument by casting rounded shadows. In the same vein, Estes shows three port glasses, two standing and one on its side, all of them seeming to exist in different gravities. But the photo was taken, with the glasses carefully balanced on a curved surface, in a single shot. And Stamp -X, Stamp -Y, a beautifully colorful collage of the artist’s stamp collection, torn out of envelopes and arranged face-down, is really an anti-collage: However disparate the elements of our identity, they are forced into an absolute coherence simply by existing in a single frame. (Through Oct. 27) 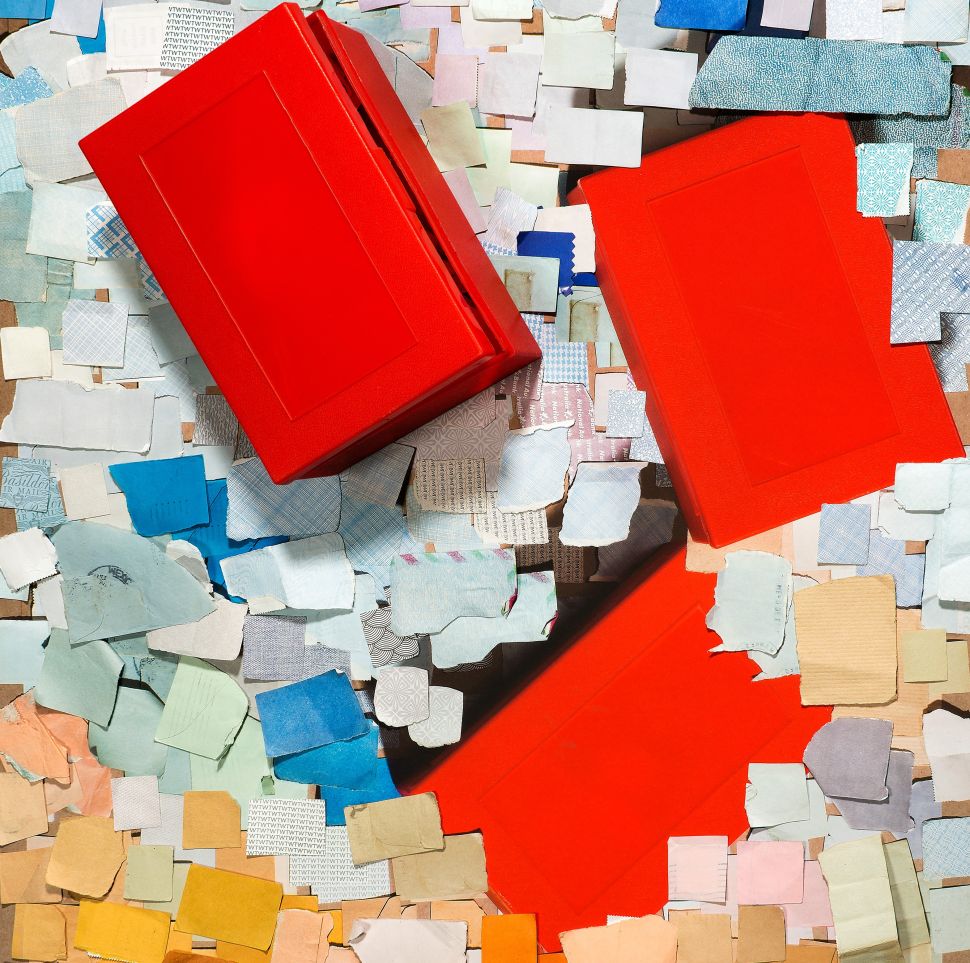