Republican legislative leaders attacked a Senate Democrat Thursday over his defense of a district-mate who is facing an ethics probe.

In the ad, which has the headline: “Ethics Committee Declines To Find Fault Against Albano,” the Republicans said Van Drew is quoted as saying, “We are extremely pleased that the committee declined to find any wrongdoing on behalf of Nelson.” Van Drew’s spokeswoman said today the quote is hers.  The ad is attributed to “Sponsored Content,” in the Cape May Herald.com, and states at the end it was ordered and paid for by Van Drew for Senate.

However, the Joint Legislative Committee on Ethical Standards last week actually authorized further investigation into the complaint against Albano, which involves a traffic stop in February 2012.

“He put his name on a claim that is patently false,’’ Kean said during a teleconference today about Van Drew.

And Bramnick said, “It’s disturbing to me because what he’s done here is to indicate (Albano) was found not guilty when the hearing hasn’t even started yet.’’

And Van Drew’s opponent in the November election, Susan Adelizzi-Schmidt, called Van Drew’s action an abuse of power. Van Drew’s name is atop the letterhead, she said.

“He needs to come clean about what he knew about this letter from the get-go,’’ she said.

Reached later in the day, Van Drew spokeswoman Allison Murphy defended the ad and took a shot at the Republicans.

She said that the Ethics committee has to take jurisdiction over a complaint before proceeding further.

She called the GOP complaints “laughable,’’ and she referenced an old GOP ad that she said misleadingly was packaged as “breaking news’’ to place Van Drew in a bad light. “I don’t whine about it,’’ she said. “They should look in the mirror.’’

Adding intrigue is the fact District 1 is one of the six legislative districts – the others being 2, 3, 14, 18, and 38 – that Republicans often have said they believe are in play if they are to have a chance at making gains in a Legislature controlled by Democrats.

If it’s true, as Bramnick said today, that the Democrats probably will outspend the Republicans during this campaign season as they try to protect entrenched incumbents, then a controversy such as the District 1 ad represents an opportunity for the GOP.

“He jumped into a fight with a headline that doesn’t make any sense.”

But Murphy rejected the GOP hopes of District 1 being a district it can take. “Our candidates are in a very strong place,” she said.

Van Drew ad not quite accurate 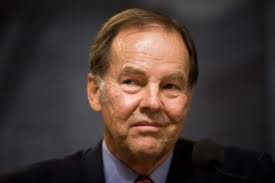