Democrat Bill de Blasio remains far ahead of his Republican challenger, according to the latest poll of the mayor’s race

The presumptive Democratic nominee leads his GOP rival Joe Lhota 66 percent to 25 percent, according to the latest Quinnipiac poll released this afternoon.

But his popularity varies widely among racial groups, the poll found. While Mr. de Blasio leads 90 – 3 percent among black voters and 68 – 18 percent among Hispanic voters, he leads by a far smaller margin–52 – 40 percent–among whites.

“The same kind of coalition that won Public Advocate Bill de Blasio the Democratic primary is working for him in the general election campaign,” said pollster Maurice Carroll in a statement. “He’s OK among white voters and gang-busters among black and Hispanic voters.”

The two men also differ widely when it comes to likeability. The poll found that 63 percent of those polled have a favorable opinion of Mr. de Blasio. But just 30 percent feel the same about Mr. Lhota–with significantly more (35 percent) holding an unfavorable view and nearly a third (32 percent) not knowing enough to form an opinion.

The poll comes after weeks of non-stop coverage for Mr. de Blasio, who came in far ahead of his rivals during last week’s Democratic primary. The positive coverage has continued as his former challengers have rallied around him this week. Mr. Lhota’s race, meanwhile, received far less attention and he appears to have sustained more damage from attacks lodged by his primary rival, John Catsimatidis, who has yet to endorse Mr. Lhota.

Independence Party candidate Adolfo Carrion also remains “no more than a footnote” at this point, Mr. Carroll said, with just 2 percent of the vote. 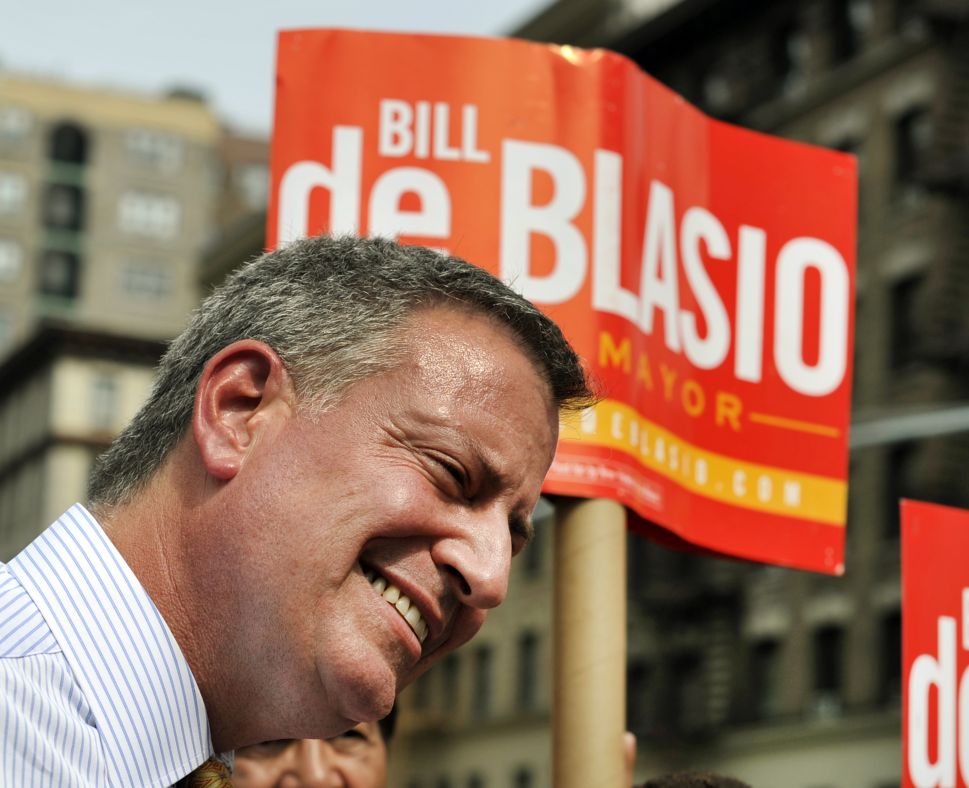