At a press conference at his home in Bogota, Republican U.S. Senate candidate Steve Lonegan told reporters that he takes pride in the maintenance and appearance of his lawn and property.

“It’s a contrast to the way Cory Booker keeps his properties,” he said, alluding to the Central Ward corner house Booker gave away to Newark Now for $1.

PolitickerNJ.com asked Lonegan on a conference call if he was disappointed by Gov. Chris Christie’s decision to appear at a ribbon cutting ceremony earlier today with Lonegan’s Democratic opponent.

“When I was the mayor of Bogota I didn’t rely on the governor like that,” he added.

PolitickerNJ.com asked Lonegan what he thought about Booker running a campaign without answering reporters’ questions, or at least not supplying press availability for two-plus weeks.

“Cory Booker does not want to answer your questions,” Lonegan said. “He doesn’t want to consider questions about the separation agreement with Trenk DiPasquale. I think he’s corrupt and he’s disgraceful. The Star-Ledger should reveal the details of his separation agreement. I’m available to the press, and I want to be as open and transparent as possible. My opponent will go on the Jimmy Fallon show and take Jimmy’s questions but if you want to find out where he is you have to go out and hire a private investigator. If you want public information from City Hall you have to file a lawsuit. 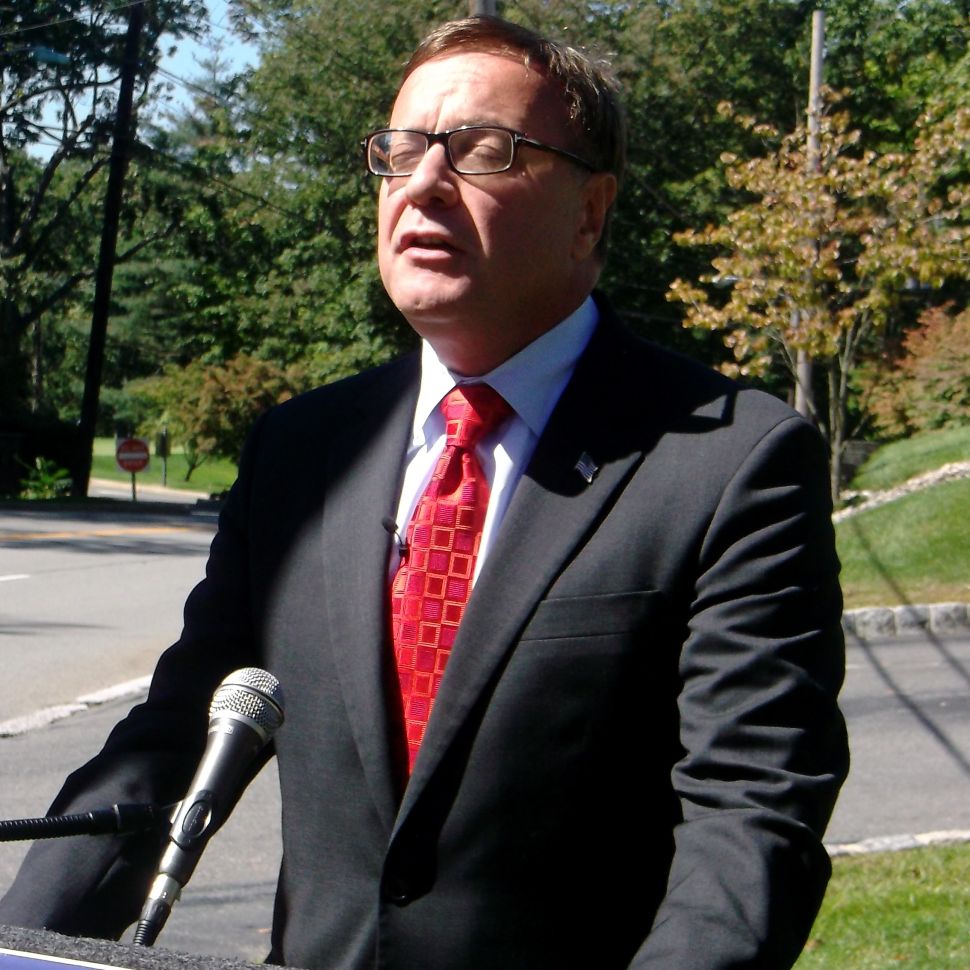