Loengan called Obama an embarrassment in the Middle East, and a failed steward of the national economy.

“Barack Obama and Cory Booker think government is going to create jobs,” said the former mayor of Bogota. “Give us our freedom and we’ll create all the jobs we need.”

Fellow movement conservative Paul stood on the outdoor platform with Lonegan while the nominee spoke.

The speakers built up Lonegan as a family man and businessman.

Barbara from Harlem said, “Cory Booker doesn’t know anything about how to run a business. The only thing he knows about is the salon.”

The Mayor of Clark, Sal Bonaccorso, won laughs when he mentioned former governors Jim McGreevy and Jon Corzine, hyped by Democrats at the time as bright rising stars and viewed as failures by the crowd assembled here this afternoon.

“Now they tell us we have a young, articulate man,” Bonaccorso said to jeers. “I’m a mayor and I don’t go on those shows (Jimmy Kimmel and other entertainment shows).

“And they probably want me,” he cracked.

“He knows what it’s like to get up in the morning and take care of a family,” said the senator. 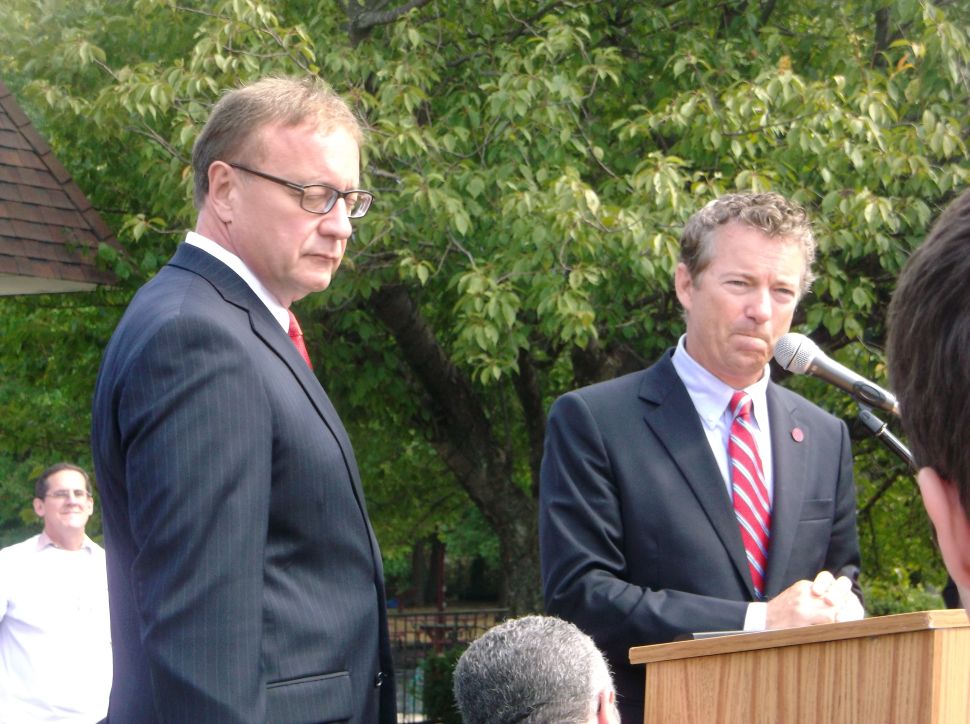