Beset by what he calls “the forces of weirdness” in this campaign, GOP Senate candidate Steve Lonegan said his opponent’s claims about crime reduction in Newark ring hollow and he objects to the money Booker has made from speaking fees.

Booker told NJTV’s Michael Aron on Aron’s Sunday television broadcast that his administration is spending less now than when he took office as mayor seven years ago.

Lonegan has repeatedly called out Booker in the midst of a murderous crime wave in Newark.

“You cannot have economic growth in civil society without the rule of law,” the Republican candidate said.

Booker is cutting cops while beating up businesses with overregulation, he said.

Lonegan also took credit for Booker’s efforts to hire civilian dispatchers to replace cops who should be walking the beat.

“Take a look at Bogota versus the PBA,” said the former mayor of Bogota. “The Booker Administration wants to take cops off desks and put them on streets? I’m the reason Cory Booker’s administration can do that. It’s my lawsuit that gave him the ability to do that.”

The difference, he maintains, is that crime went down 30 percent in Bogota while he was mayor.

As for Booker’s argument that he gave away most of the speaking engagement money he made to charity, “I never made one red cent while I was mayor of Bogota,” Lonegan said. “And I gave up my stipend a couple of times, too.

“This is a weird campaign,” Lonegan added. “I feel like I’m up against the forces of weirdness.” 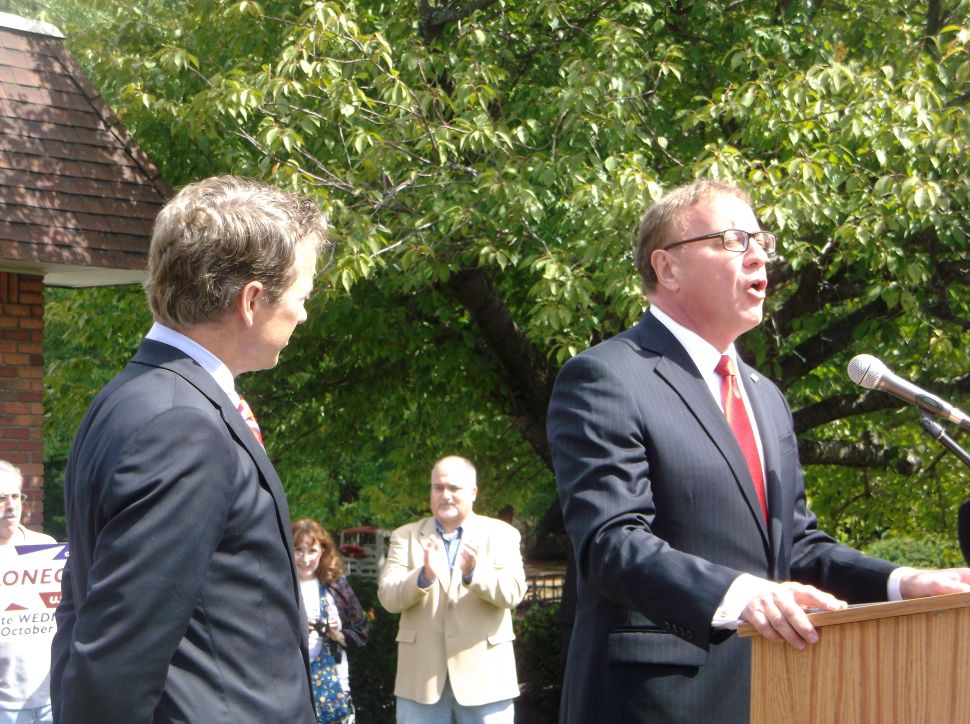