“A number of issues arise to the term of sketchy,” said Lonegan, the Republican nominee for U.S. Senate. “Did he receive a payout or a payoff?”

Booker was a partner at Trenk DiPasquale for the last two years (2005-2006) of a six-year employment at the firm.

When he became mayor, following a separation agreement with the firm and over the course of his terms of service, he received over $668,000 in payments from Trenk DiPasquale.

During that period of time, the firm received over $1.2 million in contracts from the City of Newark Housing Authority, and other contracts from city entities.

Lonegan said he has a big problem with that, complaining about Booker saying he wasn’t materially involved with the firm on his tax returns and later correcting himself through the campaign.

“No elected official can have a vested interest from an entity receiving contracts from the city where he serves,” said Lonegan, standing at a podium outside the firm as cars whipped by on Mount Pleasant Avenue.

“Newark has suffered under Cory Booker,” he added.

When the New York Post first broke the story about Booker’s acceptance of confidential payments, the mayor told the paper, “This was a settlement buyout for my interest in the firm. I had an equity stake, and we had a negotiated settlement.”

Today, Booker spokesman Kevin Griffis said, “We’ve disclosed 15 years of taxes, including all the money from the agreement. We feel we’ve set the bar for disclosure in this contest and we don’t feel Steve Lonegan has met that bar.

“The reason for his relentless attacks is because he’s scared of the voters finding out his positions on the issues,” Griffis added.

At his press conference, a reporter prodded Lonegan on whether or not he has used questionable code terms like “crack house” to characterize Bookerworld.

“If they want to tell me to change the term crack house, I can change it to another drug,” he said. “He’s the gentleman who invites drug pushers to his house and hangs out with T-Bone. I can amend that to whatever you choose.” 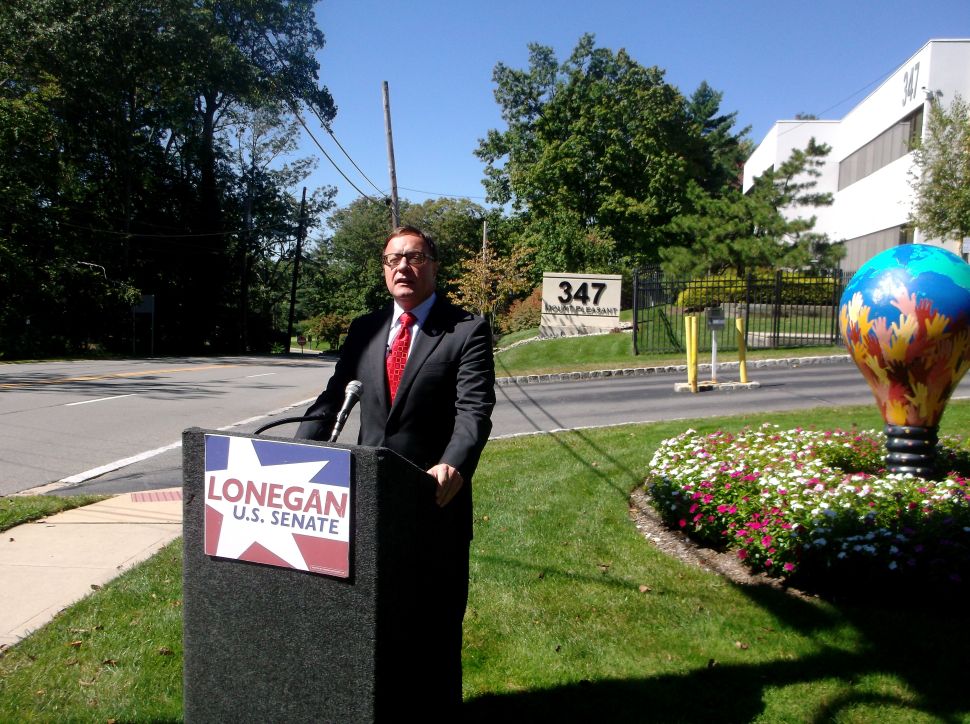