The Democratic nominee for U.S. Senate, Booker gave the property away for $1 but not before drawing the ire of neighbors who say the mayor left the place abandoned and gave the local example of a poor steward.

“A tax deduction,” said Lonegan, “While he dumps this horrific piece of garbage on the city.”

The former mayor of Bogota stood at a lectern in front of the boarded up residential building, which he said has turned into a neighborhood crack house.

“Go back where you came from,” a voice called, and moments later a chorus of jeers filled the street as men stormed Lonegan’s presser and shouted over him as he attempted to get across his points.

“I expected it,” said Lonegan.

Reporters crowded around the drowned-out candidate, who persisted to make himself heard to no avail above the shouts to him to get out of the city.

Lonegan let a quote by Booker speak for itself, propped on an easel slightly behind the lectern where he stood.

“Abandoned and neglected properties, if left unaddressed, can create public safety and health concerns for our residents. Externally, their presence falsely exhibits a lack of care and pride in Newark’s communities creating eyesores in our neighborhoods and imposing unfair burdens on neighborhood residents.”

The jeers persisted as veteran newsman Michael Aron of NJTV worked his microphone up to Lonegan.

“Thanks, guys,” Lonegan strategist Rick Shaftan cracked to the Booker allies after another handler whisked the candidate away. “We’ll all see you in the commercial. You did great.” 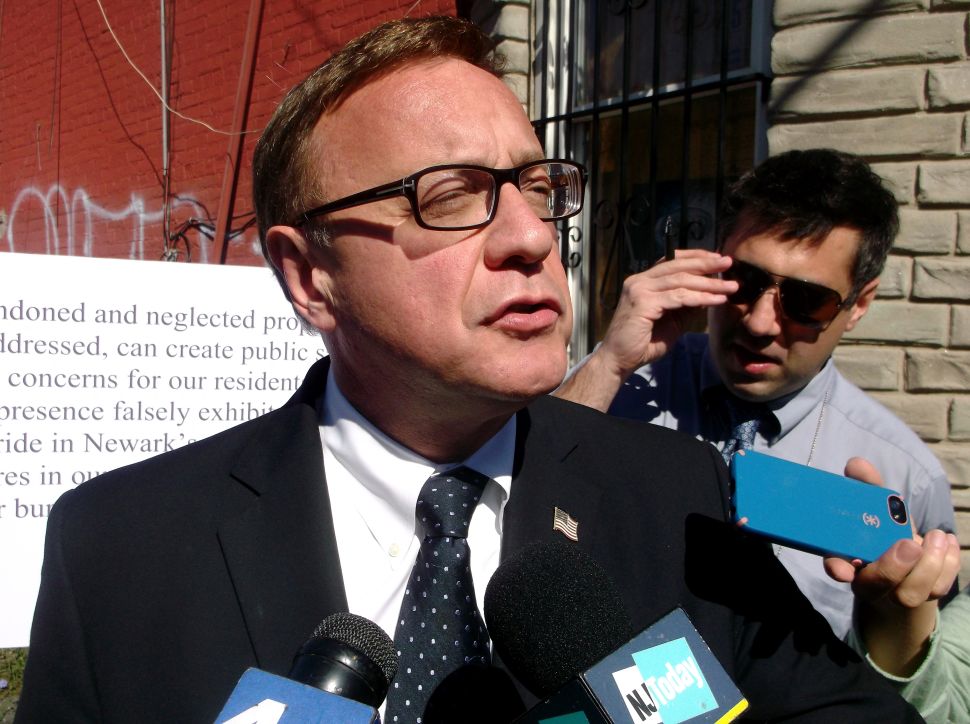