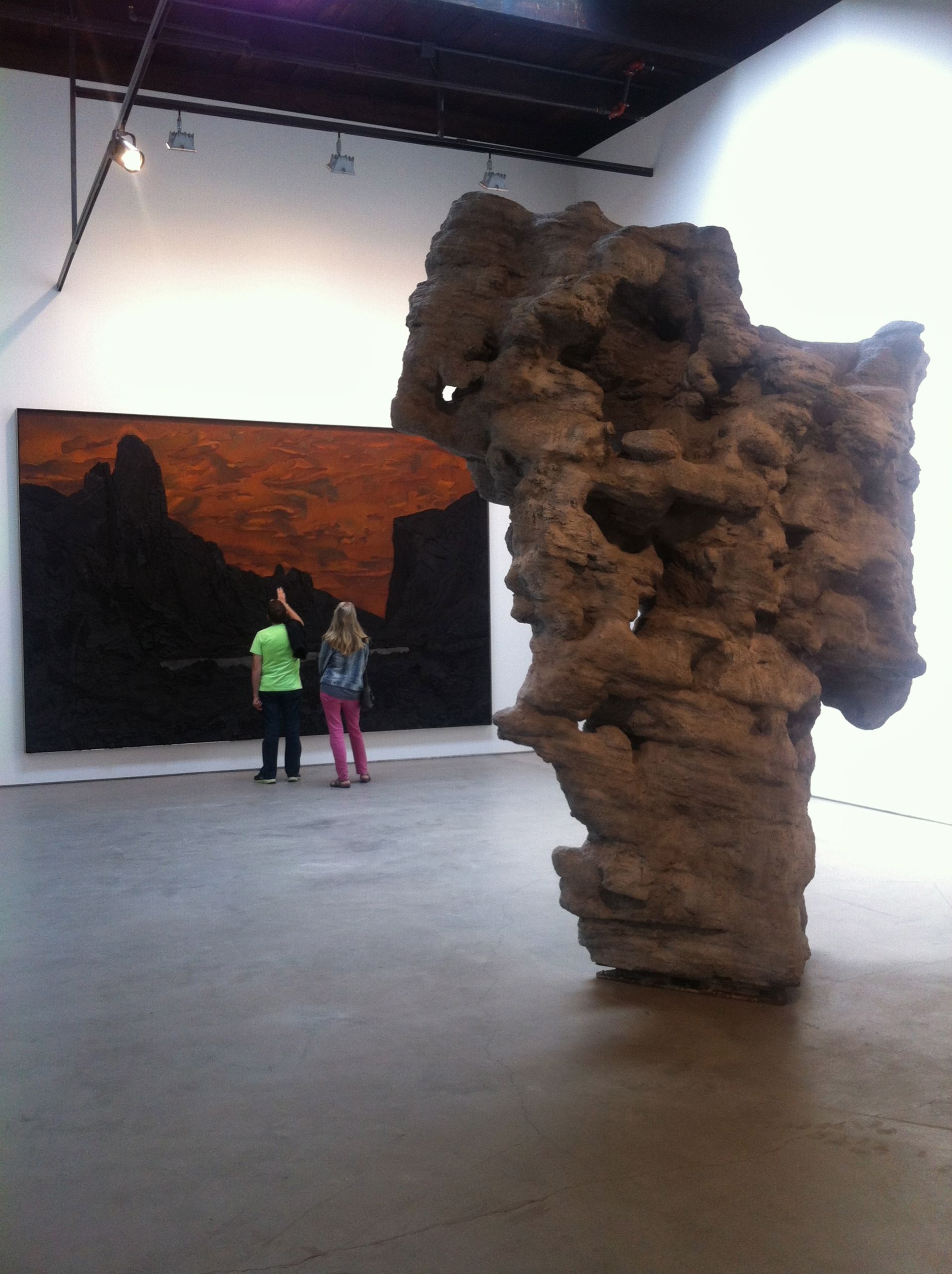 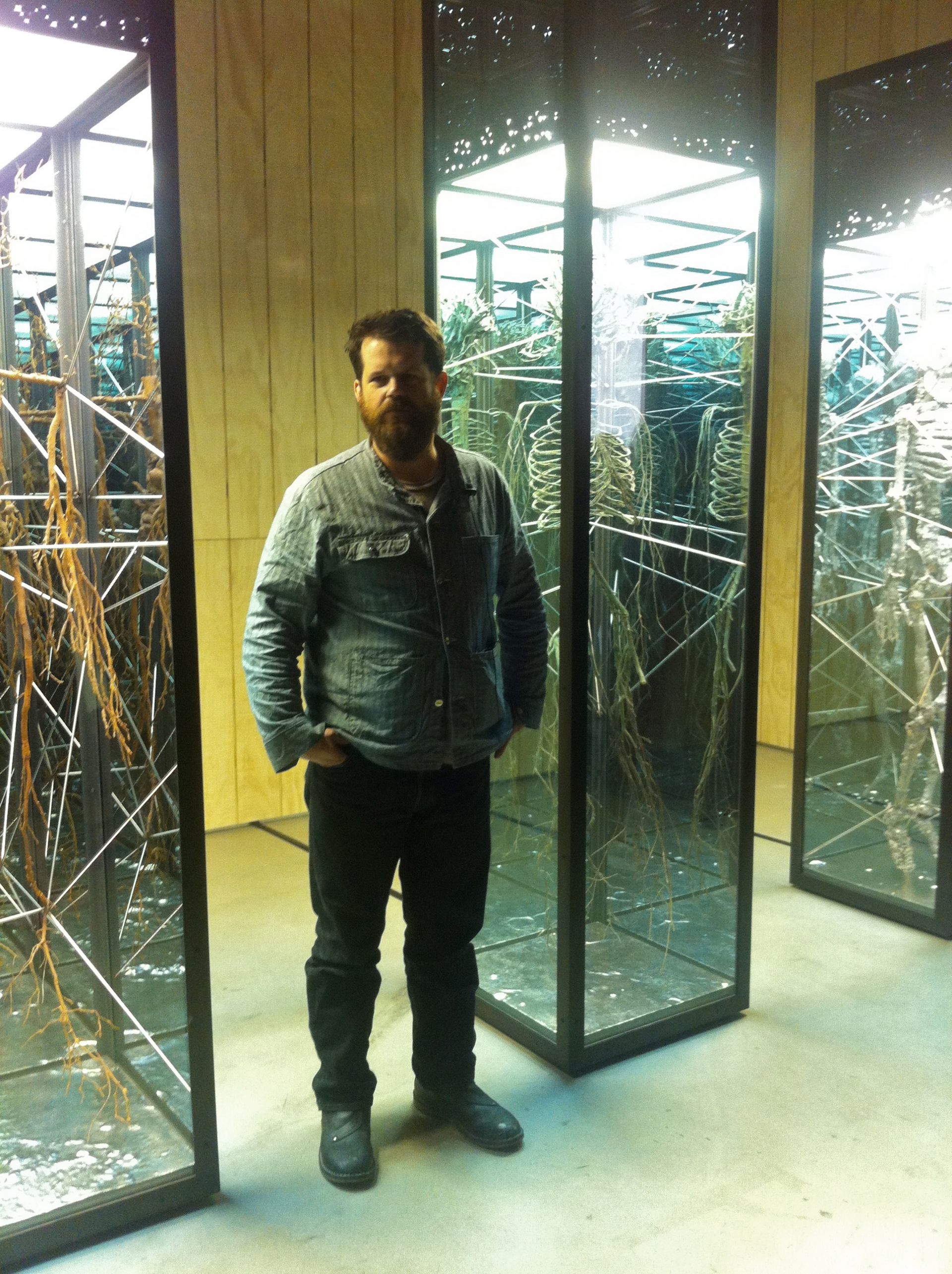 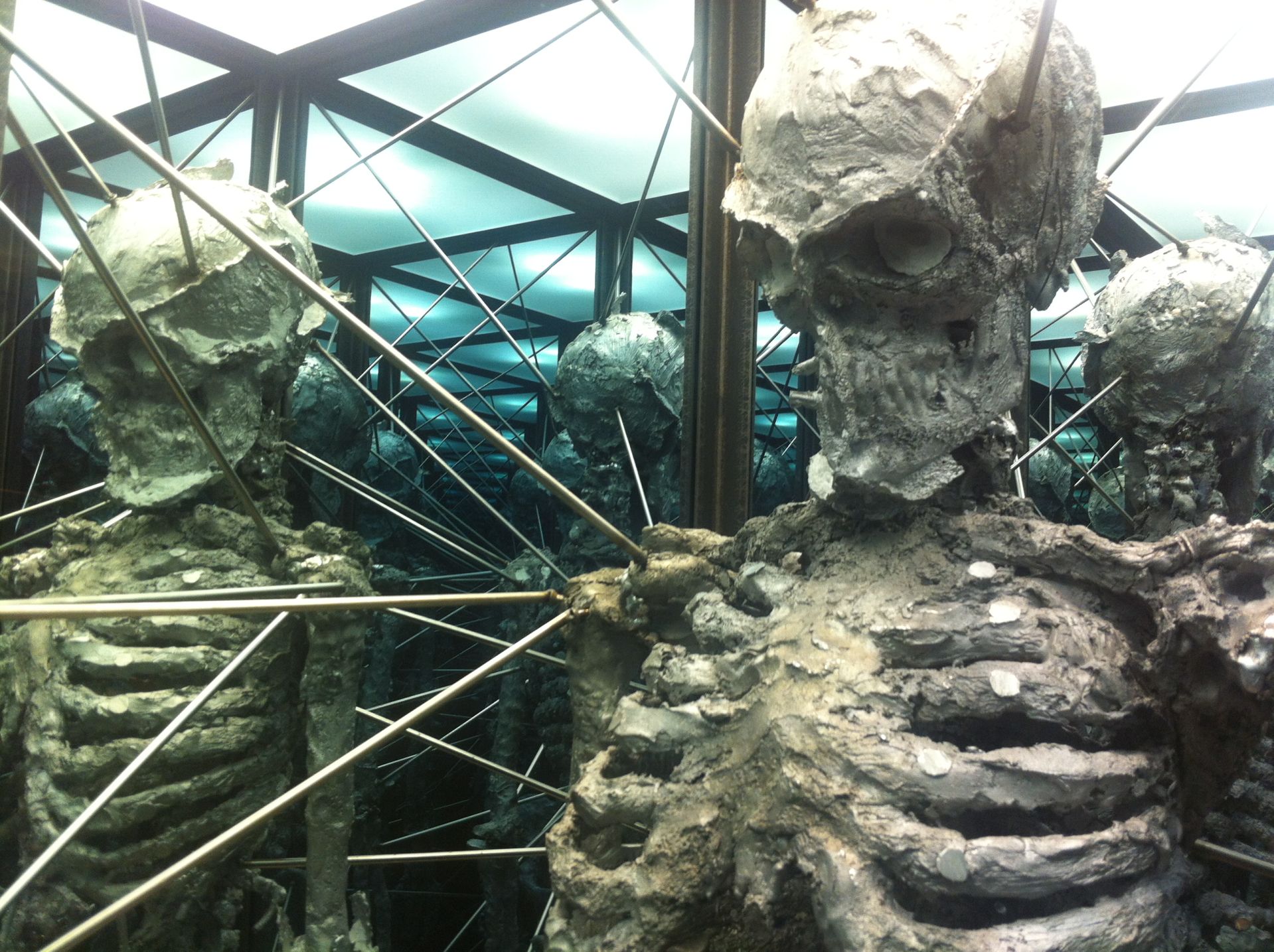 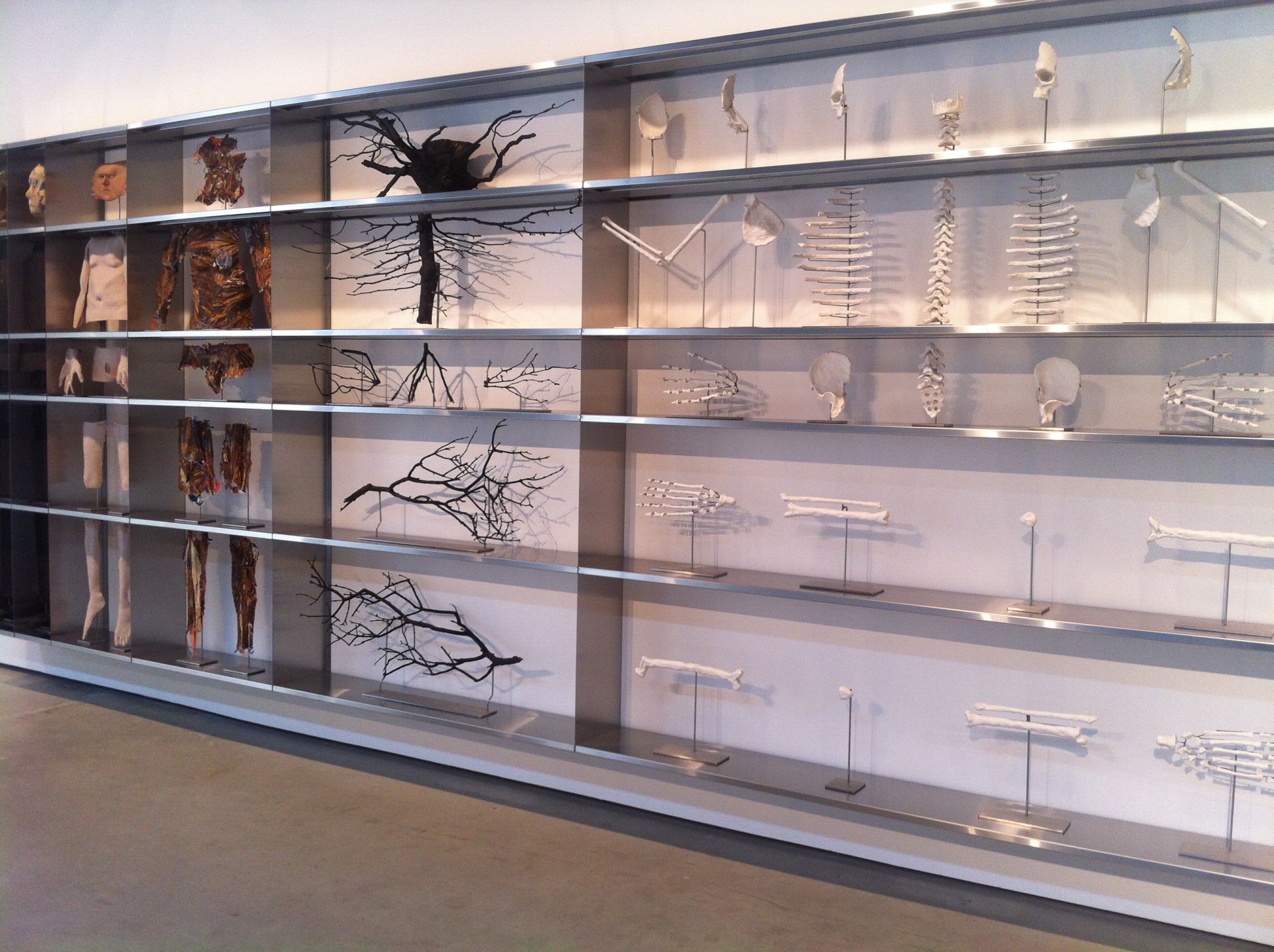 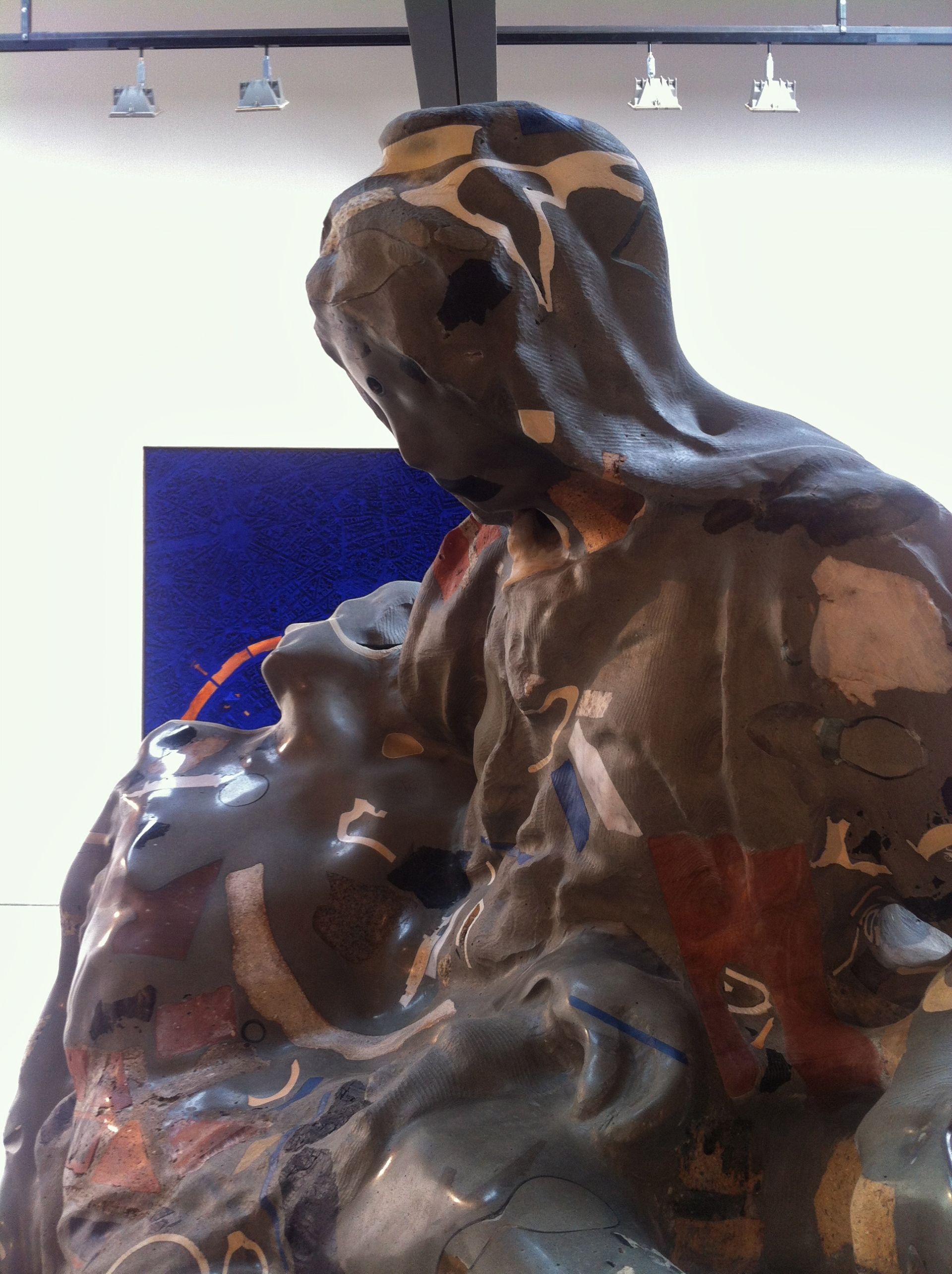 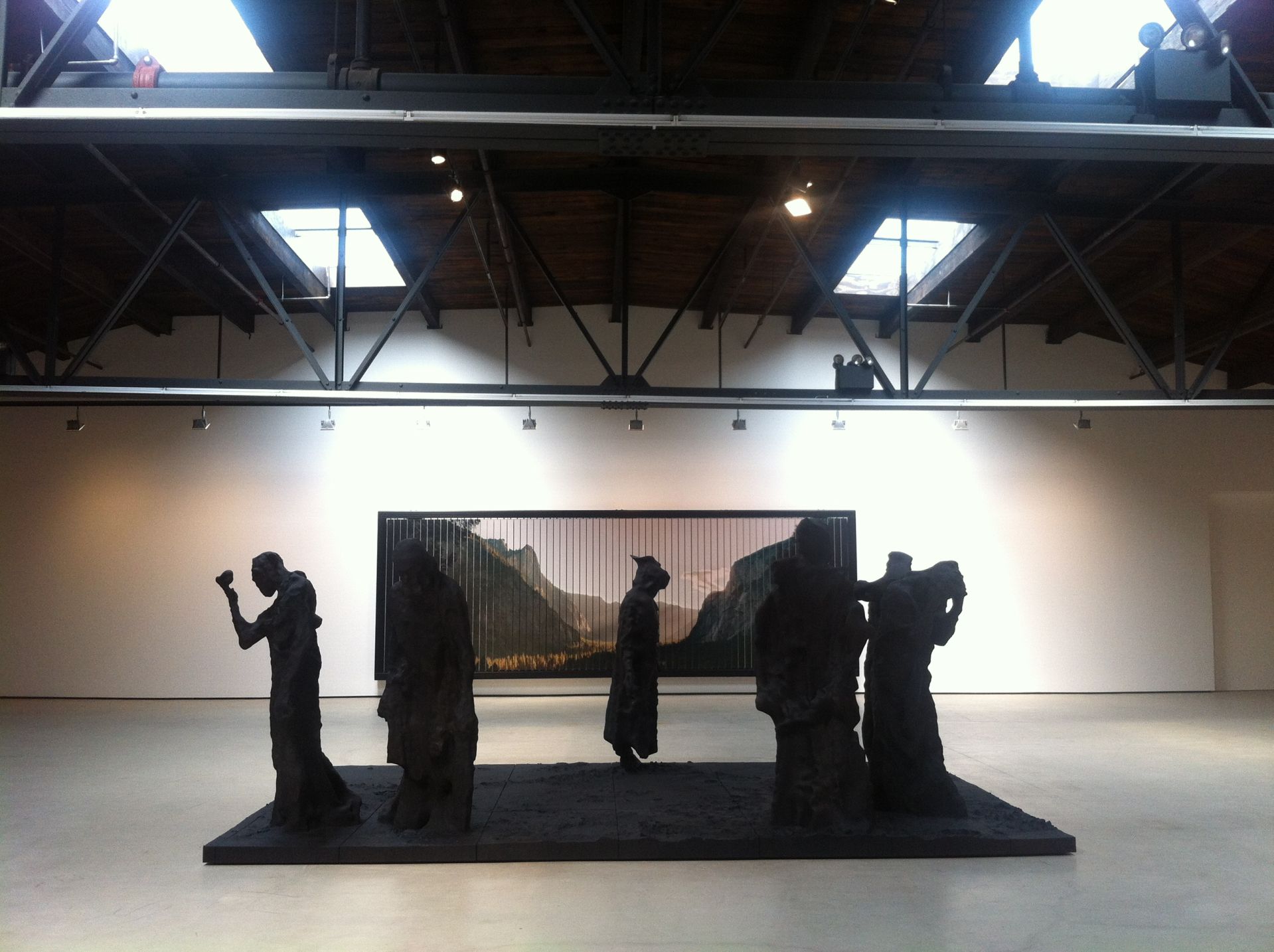 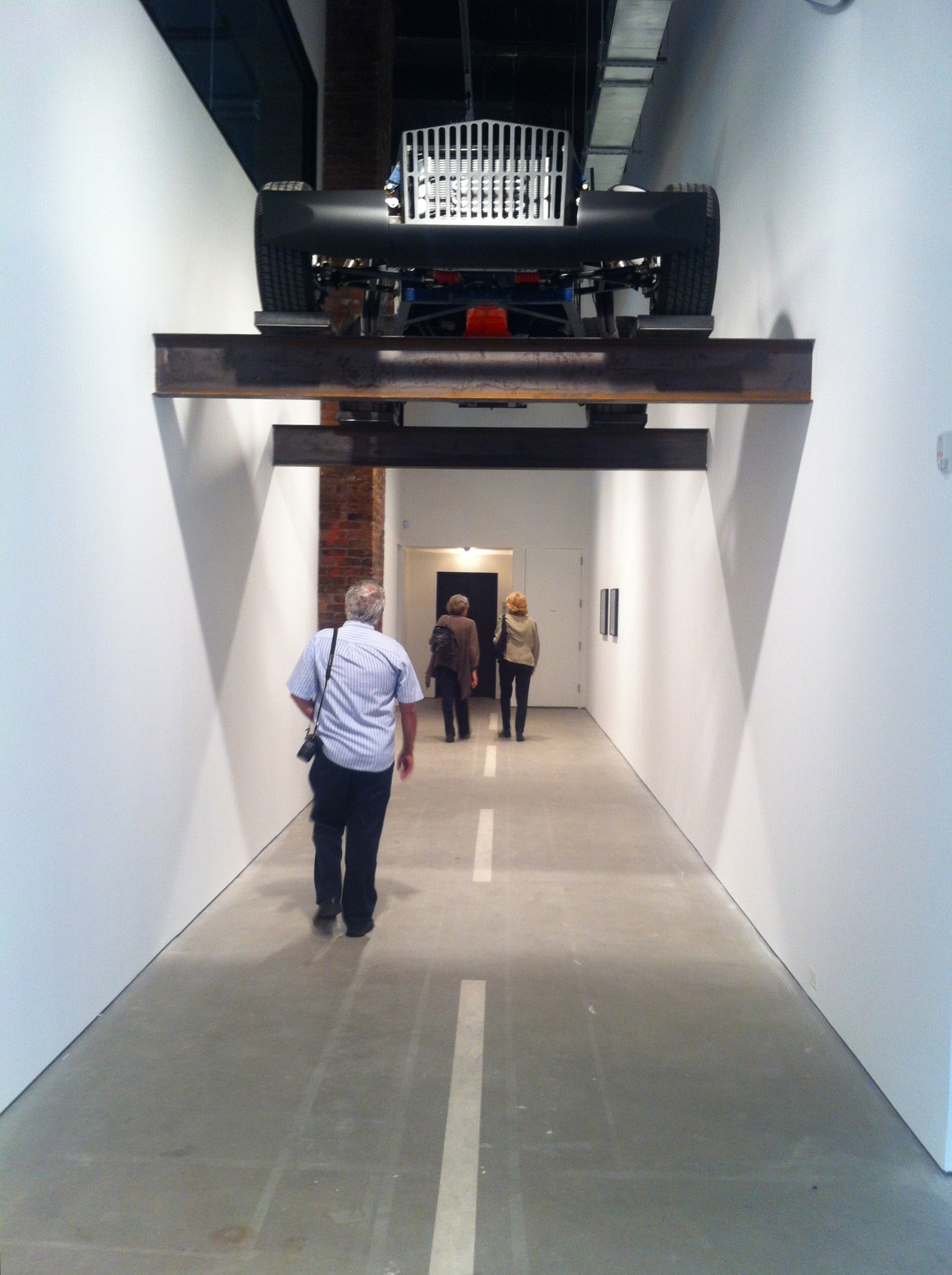 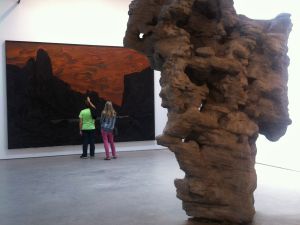 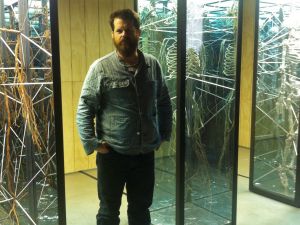 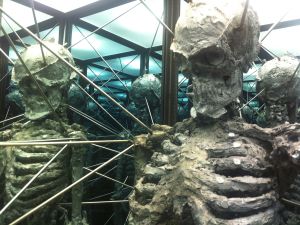 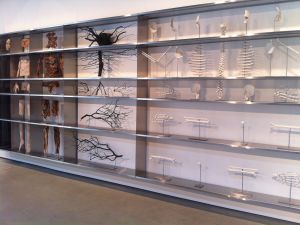 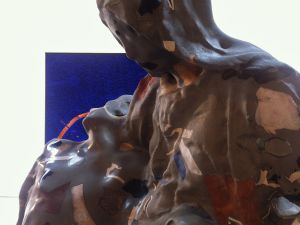 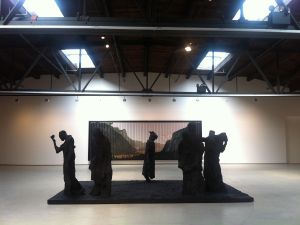 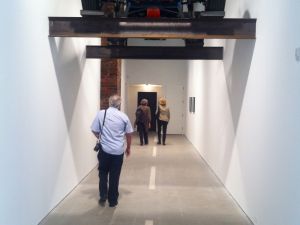 Much has been made of the big gallery, big art phenomenon recently, and Matthew Day Jackson, who is opening Hauser & Wirth’s season tonight with an exhibition of new work in its enormous 18th Street space, is an obvious lightning rod. Of course for Mr. Jackson, the gallery’s 24,700 square feet don’t feel all that overwhelming. The multimedia artist has a concurrent show at ZKM Museum of Contemporary Art, a former munitions factory in Karlsruhe, Germany, that he told The Observer would probably stretch from 10th Avenue all the way over to Eighth, if it was here in New York.

Mr. Jackson subdivided the New York gallery with floor-to-ceiling drywall partitions, some of which are paneled in pale plywood planks. Inside the smallest and darkest of these rooms, one encounters Trophy (2013), a sculpture consisting of different representations of Mr. Jackson’s head. Among these is a skull generated from medical scans, which Mr. Jackson gave to a Swedish forensic sculptor, asking him to recreate the person it belonged to without revealing that it was his own. The Ken doll-esque result, also on view, “kind of looks like my estranged Swedish brother, who can probably do a lot more pull ups than I can,” said Mr. Jackson during a walkthrough this morning.

During his tour, Mr. Jackson touched on a staggering breadth of topics that inform his work, ranging from Kierkegaard and his writings on the absurd to astronauts and their attitudes toward the Vietnam War. There were anecdotes about Albert Bierstadt, the German painter famous for his images of the American West, and an argument for the similarities between “BODIES…The Exhibition” and pornography. Mr. Jackson is currently writing an essay about the six dead bodies he’s encountered, none of whom—as he specified somewhat ominously—were family members. The writers in attendance were sent off with required reading.

Among the sculptures in the show are Scholar’s Stone (2013), which Mr. Jackson speculated is the only concrete sculpture ever made with a printer, and Magnificence of Desolation (2013), a focal piece that references Rodin (according to Mr. Jackson, it was entitled Burghers of Calais until “about 9:30 this morning”). Then there are the five tall vitrines containing bristling sculptures inspired by the human body that will please fans of Mr. Jackson’s many other anatomical efforts.

Don’t forget to visit the gallery’s Roth Bar, where Mr. Jackson has installed videos from his “In Search Of…..” series. He is currently working on producing 24 hours of television, complete with commercials. Televisions, as he pointed out, get an intimate look at their owners. “The TV gets to talk to you when you’re picking your nose, screwing on the couch, eating Cheetos in your underwear,” said Mr. Jackson.

“Something Ancient, Something New, Something Stolen, Something Blue” opens from 6 to 8 p.m. tonight at 511 West 18th Street. Preview the exhibition in the slideshow above. Mr. Jackson’s new exhibition space on Banker Street in Brooklyn, Bunker 259, is opening on Sept. 8 with work by Sandra Allen.