The Queen, Empress, Duchess, Headmistress, etc., of Pop has finally announced some deets for her secretprojectrevolution, which is a partnership between herself, VICE and Steven Klein. And while we don’t know much more about it besides the fact that it’s a 17-minute film and it has something to do with society and oppression, we do know this: she will distribute the film via BitTorrent.

“My goal is to show by the example of secretprojectrevolution my creative commitment to inspire change in the world through artistic expression,” some publicist typed on behalf of Madonna and posted in a press release on her website. Her Madgesty will use Art For Freedom as a “call-to-action,” she says, and an opportunity to give people “a place to voice their own creative expression to help fight oppression, intolerance and complacency.”

But what’s Art For Freedom? It’s something that’s launching with secretprojectrevolution and they’re both being distributed via BitTorrent Bundle. We don’t really get it. But sometimes it takes little while to understand what Madonna’s done and why, so we’ll just bear with her.

The Bundle will be available on Sept. 24 at 2 p.m. Mr. Klein, in the press release, says the film will “examine” people’s “private prisons. It questions what we do, how we do it, and how we treat others. It questions our governments, and our collective thought patterns. Think about it–the power of art can lead to peace.” Oh, all right. That explains it. 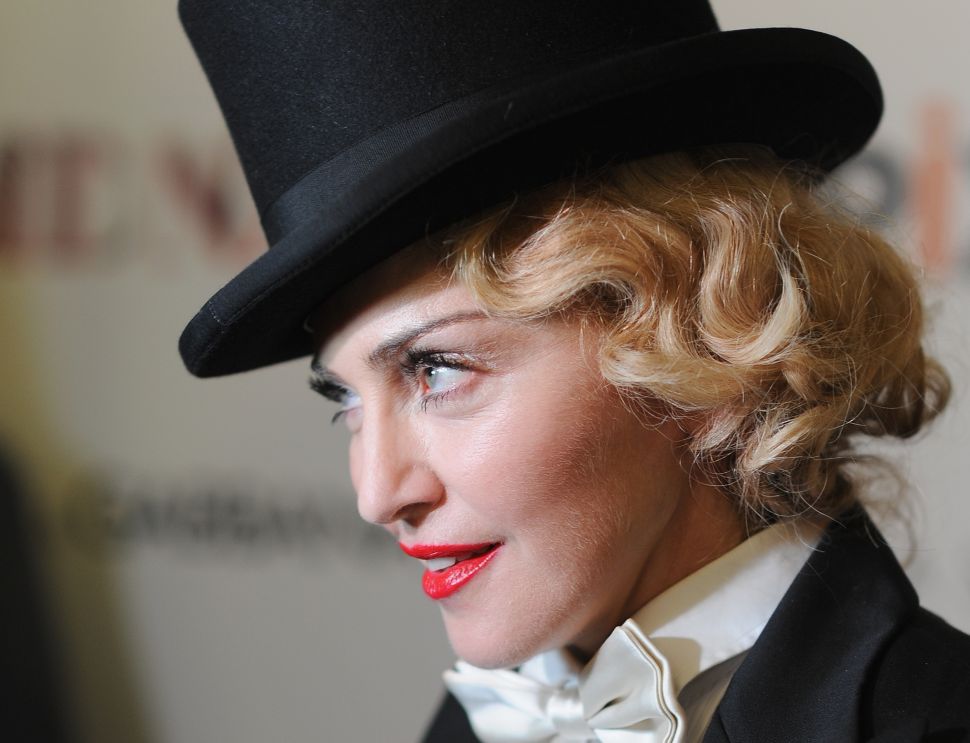