Some people say human relationships are deteriorating because of the Internet and social media. Obviously, those people have never heard of Joe Jordan, who is so into human connection, he tattooed a randomly selected Facebook person’s face on his butt. Suck on that, tech haters.

“Human connection is the most important thing in this world,” Mr. Jordan says in a three-minute documentary centered around his ass tat. “We’re social beings and feeling connected to your friends community and people on the other side of the world. Every once in a while, when I catch a glimpse of my ass in the mirror, I’m gonna remember, ‘Hey, there’s Amarildo.'”

Amarildo, of course, is the Brazilian man randomly assigned to Mr. Jordan through Selfless Portraits, a project in which Facebook users draw the profile pics of total strangers. Mr. Jordan was stoked at the prospect of having Amarildo permanently affixed to his buttocks, because  “he’s got sunglasses, he’s crossing his arms, he’s got an attitude and a cigarette in his mouth.”

The scruffy Mr. Jordan heads into Idle Hands Tattoo Parlor, drops trou like it ain’t no thing, and allows an artist to get busy with an ink gun on his rump meat. The tattoo isn’t so terrible, when you think of the ridiculous images other people have permanently engraved on their bodies. And who knows, maybe the Stranger’s Profile Pic is just the 21st-century version of the tribal armband? 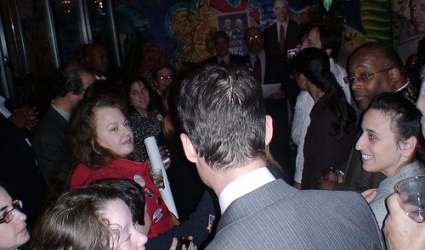