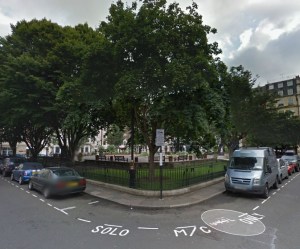 Over at the Financial Times, Georgina Adam reports that Marian Goodman has settled on her gallery’s London location.

The space at 20 Golden Square is just of Piccadilly Circus and is “formerly the warehouse of tailors Holland & Sherry.” It’s also described as “huge” but a gallery spokeswoman was unable to give us square footage at this time.

Read more at the FT.