“He will say anything (to attempt to avoid) this attack on his critical infrastructure to his chemical weapons,” said Menendez, chair of the Senate Foreign Relations Committee. “Anyone thinking he will hear a mea culpa from Assad is out of his mind.”

The senator helped President Barack Obama shepherd out of committee a use of force resolution against Syria as a reprisal for the Assad Regime’s attacks using chemical weapons, in violation of the Geneva Convention.

But not all other federal lawmakers are convinced the attack is necessary.

Menendez said conversations are continuing around the possibility of new amendments that will pull more lawmakers in to support the use of force resolution. He’s convinced a resolution supported by extremes like Sen. John McCain (R-AZ) and Sen. Richard Durbin (D-Ill) already contains substantial enticements.

Menendez had some advice for the President in selling the resolution this week.

“He clearly needs to lay out that intelligence we can make public so there is no question,” the senator said. “He needs to lay out the reasons why this is in the national security interest of the United States. In broad terms, we have to dissuade the notion that this is merely a pinprick. This is about significant consequences. And four, he needs to make clear what are the consequences of inaction.” 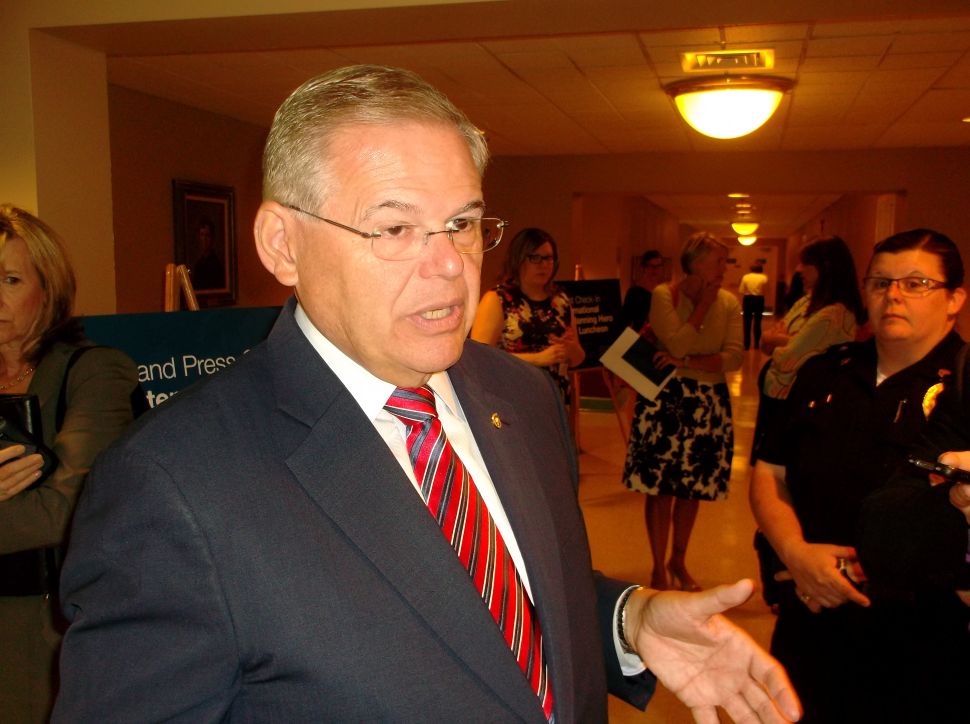