WASHINGTON, D.C. – They never did overly well with peace.

The New Jersey chairman of the U.S. Senate Foreign Relations Committee began today’s hearing in the role of Obama’s chief backer on the Syria question. The President wants Congressional approval to strike the Middle Eastern country in response to the Assad Regime’s alleged Aug. 21st killing of nearly 1,500 of its own people with Sarin gas.

“We are at a crossroads moment,” Menendez said moments after police propelled a pink-shirted protestor out of the chamber. “A precedent will be set either for the unfettered and unpunished use of chemical weapons… or a precedent will be set for the deterrence of the use of such weapons through the limited use of military force that sends a message that the world will not stand down.”

As chair of the committee, the U.S. senator reiterated his support for Obama and urged his colleagues to put aside partisan differences to do “what is right” in voting on whether or not to authorize the use of force in Syria.  Menendez said he does not take lightly his support for the use of focused force in this case, and reminded the chamber that he voted against the war in Iraq and strongly supports the withdrawal of U.S. troops from Afghanistan.

“The eyes of the world are upon us,” the senator said. “The decision we make, the resolution we present to the Senate, and the votes we take will reverberate around the world. Our friends and allies await our decisions, as does the despot in Pyongyang, the Ayatollahs of terror in Tehran, and terrorist groups wherever they may be. What we do in the face of the chemical attack by the Assad regime against innocent civilians will send a signal to the world that such weapons, in violation of international law, cannot be used with impunity.”

Menendez said multiple streams of intelligence show that the regime launched a rocket attack against the Damascus suburbs, and satellite surveillance corroborates that the attacks were launched from a regime-controlled area and struck neighborhoods where the chemical attacks reportedly occurred.

“As of now, in my view, there is a preponderance of evidence, beyond a reasonable doubt, that Assad’s forces willfully targeted civilians with chemical weapons,” Menendez said. “Having said that, at the end of the day, the chemical weapons attack against innocent civilians in Syria is an indirect attack on America’s security with broader implications for the region and the world.

“If chemical weapons can be used with impunity in violation of a Geneva Protocol crafted by the League of Nations and signed by the United States in 1925, in fact signed by Syria itself in 1968, they can be used without fear of reprisal anywhere, by anyone and, in my view, such heinous and immoral violations of decency demand a clear and unambiguous response,” he added.

Menendez’s vigorous support for Obama belies a pungent political past between the two men.

Menendez backed Hillary Clinton over Obama in 2008, and served as an especially energetic surrogate.

After victory in Iowa, Obama lost New Hampshire to Clinton, who would go on to beat her party rival convincingly in New Jersey.

Despite members of the New Jersey delegation pushing for it, there would be no speaking role for Menendez at Obama’s convention in Denver.

Meetings between the two men in that period of time were icy at best. While in the back of a car, Obama evidently kept Menendez waiting on a street corner past their scheduled meeting time before eventually picking up his Senate colleague.

Today, as Secretary of State John Kerry and Secretary of Defense Chuck Hagel positioned themselves before Menendez’s committee on a matter of war, that past appeared small, if not forgotten.

Kerry in his testimony said only someone denying the facts would assert that the Assad Regime did not order the attack.

“It did happen, and the Assad regime did it,” Kerry told the Senate Foreign Relations Committee. “Our intelligence community has scrubbed and rescrubbed the evidence. We can tell you beyond any reasonable doubt that the Assad Regime ordered this attack. Not one rocket landed in regime-controlled territory.”

Other members of New Jersey’s Congressional delegation prior to the hearing were not yet convinced of Obama’s plan of force in Syria.

U.S. Rep. Leonard Lance (R-7) told Patch that this is not America’s battle. “I do believe the Assad regime is responsible for chemical use against its own people,” Lance told Patch today. “But I’m very reluctant to authorize any (military) action. “This is a civil war.”

U.S. Rep. Rush Holt (D-12) said he has not yet heard an adequate argument for the use of force requested by the President. “Not compelling, no, not yet a compelling case,” the congressman told the Daily Princetonian. “You know, assertions by an administration official just won’t cut it.”

In a statement issued earler today, Holt said the President is right to seek Congressional approval for any use of military force.

“I share his outrage over the atrocities taking place in Syria, and I will carefully review any and all materials he provides to Congress,” he said. “I will expect, at the very least, to see clear evidence that a military strike would achieve well-defined objectives and would not escalate into another endless, costly, and ineffective American war. Let’s be absolutely clear.  The approval of Congress is not a formality that the president may seek or ignore as he so pleases.  Our Constitution gives Congress the sole authority to declare war.” 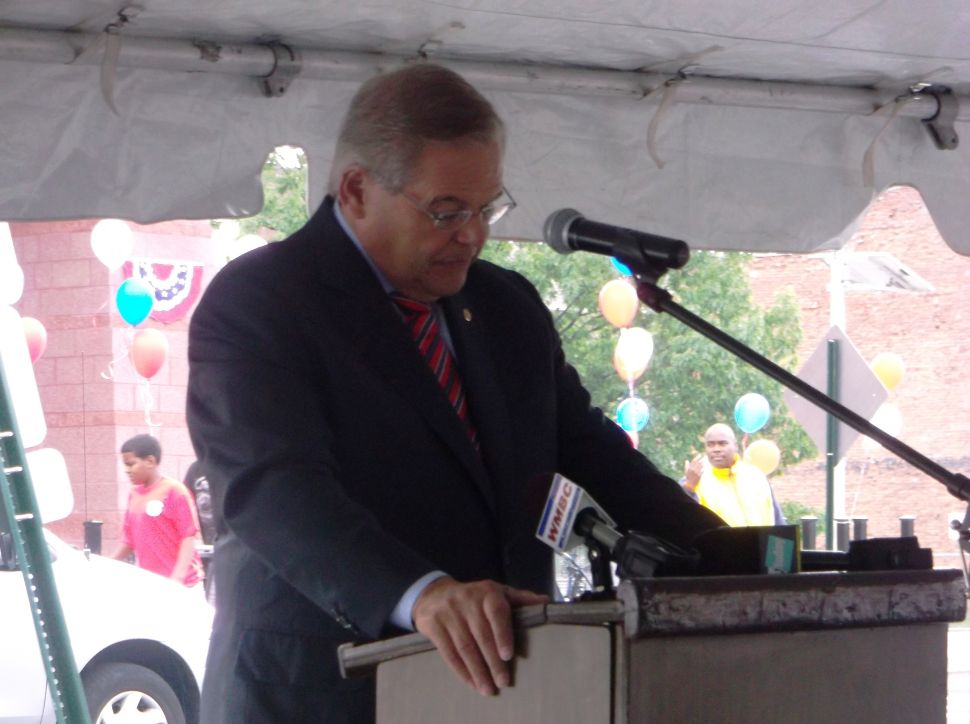