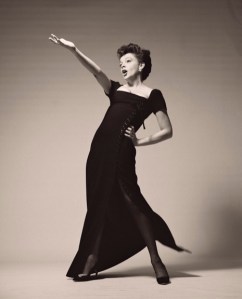 Leonard Lauder, who donated dozens of cubist works to the Met in April, is giving 74 Richard Avedon photographs to the Jerusalem Museum in Israel. Larry Gagosian and the Richard Avedon Foundation partnered on the gift. [Los Angeles Times]

Here’s a piece on the “trinity” of Francesco Vezzoli exhibitions planned for Los Angeles, Rome and New York, where a “reconstructed deconsecrated church from southern Italy” will be installed at MoMA PS1. [Art News]

Artists are protesting some destruction of the Berlin Wall and its murals by covering up parts of the wall with white paper. [The Art Newspaper]

“In the High Line spirit of repurposing, a former Getty filling station in West Chelsea will become the site of a temporary public art program starting Sept. 16.” [NYT]

How a Van Gogh went from fake to real. [NYT]

Here’s some information about that Vermeer movie by Teller of Penn and Teller. [The Art Newspaper]