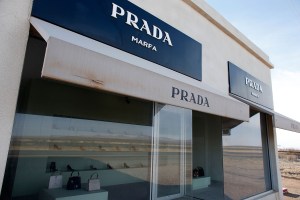 The 2014 edition of the Armory Show’s regional Focus section will highlight China. [The Art Newspaper]

Elmgreen and Dragset’s Prada Marfa (2005) may get the axe. [Texas Monthly/NYT]

George Lucas is competing to build a museum in Presidio, Calif., for his collection of illustrations. [NYT]

Christie’s New York has estimated that art from the collection of the late dealer Jan Krugier will fetch at least $170 million at November auctions. [Bloomberg]

Why did the Art Institute of Chicago close the top floor of its newly opened Renzo Piano addition? [CultureGrrl]

The Guardian walks through the career of Mira Schendel ahead of her Tate retrospective. [The Guardian]

Here’s a post-mortem on the Getty’s Pacific Standard Time series, which comes to a close today. [Los Angeles Times]