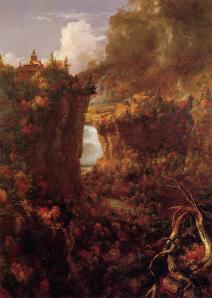 Developers have nixed the 40-story radome that sculptor Kenneth Snelson helped design for the top of Freedom Tower. [WSJ]

Local governments in the U.K. are closing budget shortfalls by selling off artworks. [BBC News]

“Marat Guelman, the controversial Russian curator and gallerist, came close to having his gallery kicked out of the Winzavod arts complex in Moscow for political reasons.” [The Art Newspaper]

“A lot is going on at the Morgan Library & Museum. Officials there want to talk about some of it, but not all.” [NYT]

“French police are investigating a possible fake ticket scam at the Louvre, Paris’s biggest cultural attraction and the world’s most visited museum.” [NYT]

Here’s an interview with Tacita Dean about her new video work. [The Guardian]

Attorney General’s office weighs in on the possible sale of a Thomas Cole painting, which had long been on view at the Seward House Historic Museum in upstate New York. [NYT]