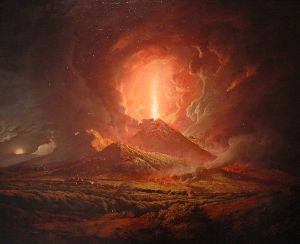 Here’s a feature on Doug Aiken’s intense new group exhibition, which is traveling around the U.S. by train. [WSJ]

“A rarely seen John Singer Sargent painting once owned by a Gramercy Park theater club has been acquired by the Amon Carter Museum of American Art in Fort Worth, Texas.” [WSJ]

“Sotheby’s (BID) said it entered into auction guarantees totaling $166.4 million, according to a filing, in a move aimed at winning more consignments.” [Bloomberg]

“Linda Yablonsky at the 3rd Volcano Extravaganza in Stromboli.” [Artforum]

Christie’s specialists returned to the Detroit Institute of Arts to plan their appraisal of its collection. [The Detroit News via Art Market Monitor]

Tweeting to stop looting in Egypt. [The Art Newspaper]

There were two more guilty pleas in the Helly Nahmad case. [The Art Newspaper]