Totally unsurprisingly in the age of social media, a bunch of people misreported a bunch of information as news was breaking about yesterday’s Navy Yard shooting. CBS and NBC both initially identified the suspect as Navy chief petty officer Rollie Chance, only to retract their reports when the suspect’s real name, Aaron Alexis, was released. (Slate, Politico)

“You can’t keep Weiner down,” says The Post (get it?). The former mayoral candidate Anthony Weiner will temporarily join NY1’s “Road to City Hall” program.  (The New York Post)

Thursday marked the launch of Wherever magazine: “A ‘Go-To’ Read for Wanderers.” (The Wall Street Journal)

Margaret Sullivan explains why the Times didn’t cover The Guardian’s story about the N.S.A. sharing intelligence with Israel. (The New York Times) 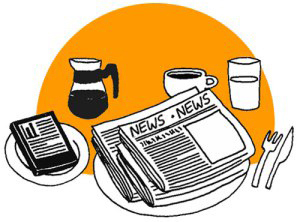