Kinja! Gawker founder Nick Denton is “set to unveil ‘a manifesto’ of sorts that will outline Gawker’s plan to further blur the line between reporters and readers and explain readers’ rights.” (The New York Times)

In her new role as artistic director of Condé Nast, Anna Wintour’s influence is extending beyond Vogue. For example, models in Lucky are now skinnier. But is Vogue-ing up the right strategy for all Condé mags, asks David Carr. (The New York Times)

Col Allan meant it when he told Capital that, like MacArthur, he shall return. He is due back at the Post on October 1 after two months in Australia. (Capital New York)

Last night, founding CEO of Politico Fred Ryan announced that he will step down to “pursue other career options.” Politico has the memos. (Politico) 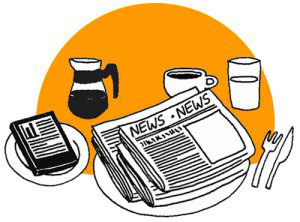