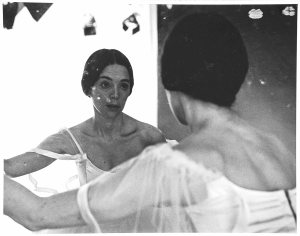 A solo museum show in New York of the influential performance artist Eleanor Antin was long overdue. “Multiple Occupancies,” which has been organized by curator and art historian Emily Liebert, focuses on Ms. Antin’s use of fictional characters to create narrative self-portraits. Besides her trademark black Ballet Russe ballerinas, 19th-century nurses and fictional Jewish silent filmmakers, the show gives us a glimpse of another alternate universe: Ms. Antin’s adopted hometown of San Diego, Calif., an improbable artistic hot spot during the 1960s and ’70s.

Ms. Antin and her husband, David Antin, the poet and critic, moved to California in the 1960s when David got a job teaching critical theory there. This show skips the early, Fluxus-inspired work Ms. Antin made in New York and goes straight to the self-portraiture. In the video Representational Painting, from 1971, Ms. Antin sits before a mirror making up her face and brushing her hair. She plays the roles of both artist and primping artwork—the piece anticipates feminist theories of vision like those of Laura Mulvey’s book Visual Pleasure and Narrative Cinema, published in 1975.

The bulk of the show features the large painted cardboard figures Ms. Antin used to stage her theatrical tableaux, allowing her to bring forms like the dollhouse and the costume drama to life. Photographs for her 1977 “Angel of Mercy” series feature her friends posing in 19th-century costumes—this is your chance to see young Martha Rosler wearing a long dress and sporting a parasol, and poet Jerome Rothenberg in a top hat. Posed on a beach with a bevy of navy and red Volvos parked in the background, these scenes hint at the comforts and camaraderie of 1970s San Diego intellectual life. Such dazzling images come from the Antin archives, recently arrived at the Getty Research Institute in Los Angeles. 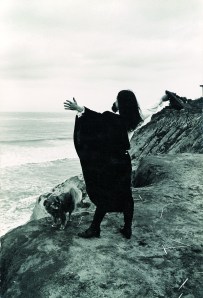 Sometimes Ms. Antin pictures her ballerinas à la Muybridge, in frames that show motion over a span of time (Caught in the Act, 1973). Other times, she uses 19th-century war photography as a trope. She is a competent producer of slapstick fictions in which character, setting and style take center stage. Ms. Antin will perform as “Eleanora Antinova” in November at the Wallach, and her set for doing this, complete with Masterpiece Theater-evoking Brandy snifter and Persian rug, is also on view.

Ms. Antin’s work is a form of counterculture protest, but one accomplished through jokes, schtick and kitsch. She creates a Van-Dycky, drag male character, the King of Solana Beach (1972-75), in relation to her own sense of disenfranchisement from political power: “No one I voted for ever got elected,” she relates of her experience voting in the 1970s. Dressed as the King, Ms. Antin rules impotently over a few beachside parking lots, while her Crimean war nurse ministers to a ghastly, comical field hospital: Both characters tacitly protest Vietnam.

Ms. Antin’s work is often compared to her more famous peer Cindy Sherman, and Ms. Antin’s particular brand of funny, socially conscious performance art lives on in the work of artists as varied as Laurel Nakadate and Joe Scanlan. If the work often seems contemporary in its casual use of stereotypes and tropes like blackface, it just as often looks dated in its privileging of gender and religion over the arguably more pressing issue of class. But in this way, it is something like a Saturday Night Live skit (a show that itself originated during the mid-1970s)—offhand, more or less funny, hit or miss, but sometimes able to conjure something startlingly relevant sparked by a few simple props and clichés. (Through Dec. 7) 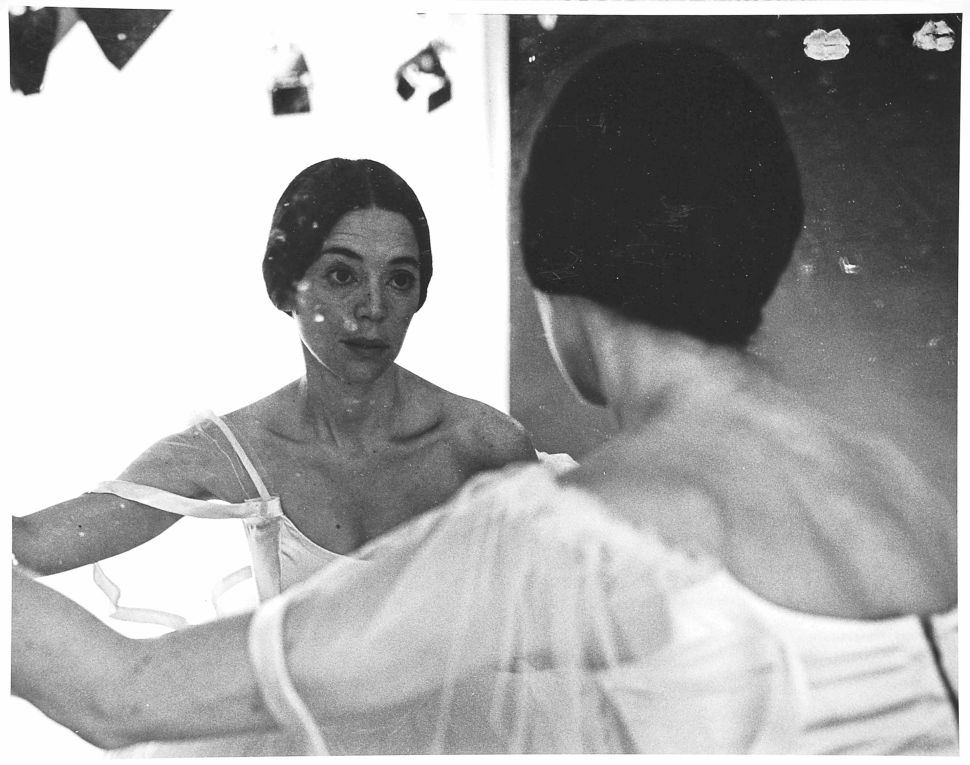