Judging by all the terrible stories we hear from teenagers on a daily basis, we can’t count our blessings long enough that social media wasn’t around when we were that age. Now the state of California wants to hop into a time machine and return to 2004, making it easier for teens to wipe potentially damaging messages off the Internet.

Yesterday, Gov. Jerry Brown signed a new law that gives kids under 18 years old the right to ask website owners to have their postings, whether its photos or text, erased from the site. California is the first to enact a law like this, but it won’t go into effect until January 2015.

While the law allows teens to get a reprieve from that explicit photo of them twerking on a keg, it’s partly intended to make teens stop and think about how their decisions can haunt them later in life.

“I think this will hopefully give adolescents in particular some pause,” said Eileen Espejo, director of media and health policy for a nonprofit in Oakland. “Think about what you put on a website … because it can live on beyond you.”

The law isn’t without some loopholes. Of course, teens can’t ensure that their explicit photos won’t be seen when they do post it (the “eraser” law doesn’t extend to college admission officers’ minds) and pictures that are posted by someone else aren’t covered by the law. So, if those party photos are swiped by someone else, website owners aren’t required to delete them.

This just really makes us nostalgic for the days when the most drama we had in our lives was how to fill out our AIM profiles. 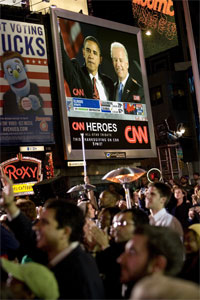