This will come as no surprise to you if you’ve visited the New Museum recently, but this afternoon it announced that it has dumped City Bakery’s Birdbath cafe for a new food establishment run by the Lower East Side Hester Street Fair, a sort of farmers’ market near the eponymous street.

It’s already been open, so, as I said, no surprise. Full release follows, though:

Hester Street Café at the New Museum will offer New Yorkers and tourists alike a taste of some of the most creative food entrepreneurs in the city, providing a platform for these local food artisans to present their products in a museum environment. Hester Street Café will open to the public on Wednesday October 2.

“It is within the DNA of the New Museum to incubate new art and new ideas—this partnership with Hester Street Fair allows us to extend our reach further to support the small business community and the emergent talent within. It is paramount as an anchor to the downtown creative community that the Museum champions our city’s innovators,” said Karen Wong, Deputy Director and Director of External Affairs.

Like the New Museum, Hester Street Fair established itself in the storied neighborhood of the Lower East Side of Manhattan. It was founded in 2010 on the historic grounds of New York City’s largest pushcart market at the turn of the century and was the brainchild of New York–based siblings SuChin Pak (former MTV News Correspondent) and her brother Suhyun Pak, with Ron Castellano and Adam Zeller. Like the Fair, the Café at the New Museum will be an ever-evolving mix of provisions anchored by Intelligentsia Coffee and baked goods from Café Grumpy. The goal for each of the items on the menu is to introduce visitors to small, specialized, and passionate food entrepreneurs.

The menu for the launch of Hester Street Café was created by East Village food connoisseurs Duck’s Eatery and will include goods by: Juisi fresh-pressed juices, Melt ice cream sandwiches, P&H Soda, McNulty’s Teas, Pain D’Avignon breads, Saxelby Cheesemongers, Heritage Meat Shop, and dessert by Baking Soda Shop. The vendors are organized by the Hester Street Fair team and will rotate throughout the year.

About Hester Street
One of the most dynamic markets based in the Lower East Side, Hester Street Fair specializes in unique handmade goods and artisanal food in an outdoor, communal setting. Created by The Big Social team of Ron Castellano, SuChin Pak, Adam Zeller, and Suhyun Pak, the Hester Street Fair hosts a rotation of hundreds of vendors in over sixty spots every Saturday. Located on the corner of Hester and Essex Streets, the Fair is open from 10 a.m. to 6 p.m. every Saturday from April 27 through October 26 and hosts pop-up markets and events throughout the year.

About the New Museum
The New Museum is the only museum in New York City exclusively devoted to contemporary art. Founded in 1977, the New Museum was conceived as a center for exhibitions, information, and documentation about living artists from around the world. From its beginnings as a one-room office on Hudson Street to the inauguration of its first freestanding, dedicated building on the Bowery designed by SANAA in 2007, the New Museum continues to be a place of ongoing experimentation and a hub of new art and new ideas. 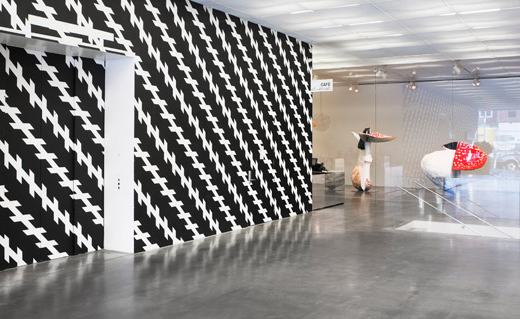