The 1960s and the months immediately following, for people too young to remember them, were a period of Fear and Loathing, in the words of Hunter S. Thompson, who shot himself in the aftermath of the bloody era he chronicled.

Now a controversial figure from that time is stepping forward in Newark to appear at an event sponsored by the Council of Elders with their chosen mayoral candidate, Ras Baraka, the front-runner in the eyes of many insiders.

Angela Davis, a former member of the Black Panthers, will be the featured attraction at a Mother’s Brunch tomorrow, appearing on a flier (above) with the candidate that circulated this week in the city in advance of the event.

Then-California Governor Ronald Reagan helped boot Davis off the faculty of the University of California in 1969 owing to her membership in the Communist Party.

Accused of being involved in an Aug. 7, 1970 plot that resulted in the killing of a judge and five others in a shootout with police, Davis intensifies a radical glow around Baraka, a lifelong activist who’s labored hard to shake off the image of someone uncomfortable with the establishment, sources say.

A jury found Davis not guilty of aggravated kidnapping and murder. Baraka allies argue that it’s foolish to take her out of context of a movement that produced casualties on all sides and left permanent scars. But sources say the visual arguably clashes with the South Ward councilman’s campaign efforts to cast himself as a business-friendly leader ready to captain a commercial renaissance in New Jersey’s biggest city.

At the very least, the event tomorrow – a $40-per head fundraiser for the candidate, by the looks of the flier – underscores the divide Baraka will have to navigate as one with radical roots in an embattled era who seeks to impart a sense of confidence to those concerned with Newark’s future.

It potentially puts the candidate in a political pickle.

Baraka was the first mayoral candidate to unveil an economic development plan, getting out in front of his rivals and winning praise for selling business bona fides to local merchants.

The councilman’s allies see Davis not as a reviled figure, but as a leader with roots in a different era, a respected doctor, academic and someone who refused to stand on the sidelines during volatile times.

None of the campaigns would comment on the flier or on Baraka’s decision to appear with Davis or on a flier with juxtaposed shots of the current-day Davis and the 1960s-’70 version. 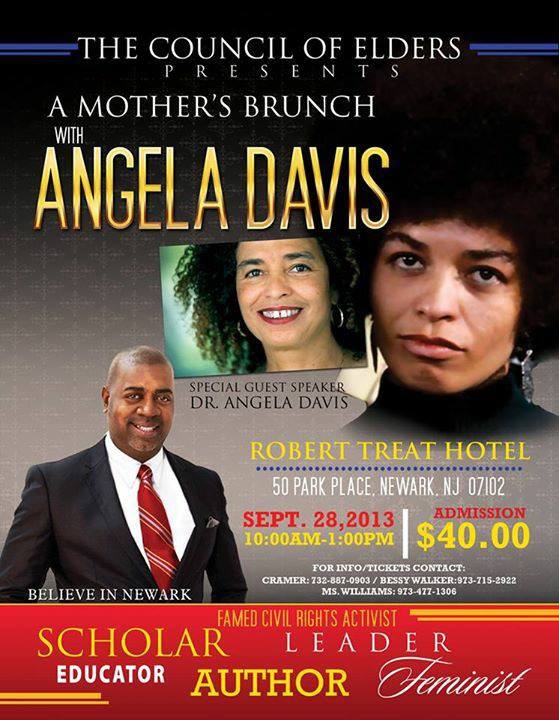