Assemblyman Albert Coutinho (D-29) of Newark’s Ironbound will not be a candidate for re-election on the November ballot.

In a statement, he cited health and family as reasons for his withdrawal from the job he loves.

“I would like to take this opportunity to let the people of the 29th Legislative District know that I will no longer be a candidate in the November 2013 general election,” the assemblyman said. “My most recent challenges have led me to recognize how important it is to stay healthy and focused on my family and personal life. I have already advised the Essex County Democratic Party of my decision and I will be notifying the Secretary of State to withdraw my name from the upcoming November ballot.”

A member of the budget committee, Coutinho suffered a heart attack this past summer. His father and brother have also been confronting their own health challenges.

“I would like to thank those that have supported me throughout the years,” said the assemblyman, first elected to the Assembly in 2007. “The thousands of well wishes and cards received over the last few months have truly warmed my heart in the midst of the health challenges I have faced.”

Cotuinho was the lead sponsor this year of the New Jersey Economic Opportunity Act of 2013 (A-3680).

“It has been an extraordinary honor to represent the people of the 29th Legislative District.  As a community, we are making great strides, with improvements to our cities and our schools. I am particularly proud of the new business related initiatives and economic development reforms that I have been able to promote for the betterment of all New Jerseyans. As I reflect on this decision, I think about the importance of having someone newly elected that will continue to fight for our citizens and who is truly reflective of the resilience and hard work of our 29th District.”

“At a time when Newark so desperately needs economic development, expertise and leadership, Albert will be missed,” Spencer said.

Spencer and Coutinho went to the Assembly together on the LD 29 change ticket with state Sen. M. Teresa Ruiz (D-29).

“It especially hurts because he is now an experience legislator,’ said Spencer, who chairs the Environmental Committee.

“Al was a model for the New Lersey Legislature: bipartisan, fair, hardworking and was about getting things done,” Bramnick said. “A special person who will be missed by all. I wish Al only the best for him and his family.” 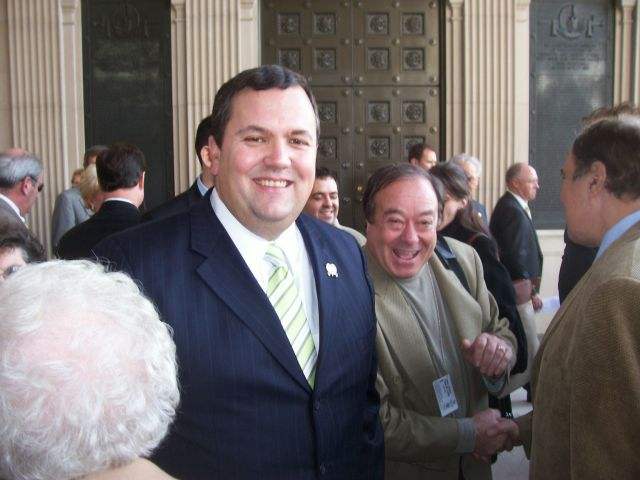