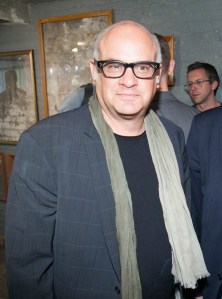 Dennis Szakacs, the director and CEO of the Orange County Museum of Art, in Newport Beach, Calif., announced today that he will step down effective Dec. 31, 2013. He has been with the museum for a full 10 years, having taken up the reigns in April 2003. He said that he would make himself available as a consultant through mid 2014.

“I’ve had a fantastic decade at the museum building OCMA’s exhibition program to international prominence, strengthening the collection, increasing access to visual arts education and raising the support and visibility for modern and contemporary art in our community,” Mr. Szakacs said in a statement. “After achieving these goals, it’s now time for me to explore new opportunities.”

Here’s a bit from the museum’s official release about the director’s accomplishments at the museum:

Szakacs’ directorship is the longest in the fifty-plus year history of the museum. During his tenure, OCMA’s annual budget increased from $2.5 million to nearly $5 million, its endowment grew from $7 million to $11 million and the museum’s facilities were renovated and updated.

Some thanks should also go to Mr. Szakacs for taking on L.A. MOCA’s Jack Goldstein retrospective after its then newly appointed director, Jeffrey Deitch, canceled it.

If you’re a museum director interested in working in Southern California, this would seem like a good time to polish up your resume and make some phone calls.