Republican Senate candidate Steve Lonegan is getting some help in his campaign from a pair of conservative groups, who have paid for radio and television spots on behalf of the GOP nominee.

At the same time, the Conservative Campaign Committee spent about $5,700 on a pair of radio ads slamming Lonegan’s opponent, Newark Mayor Cory Booker.

During the truncated primary, American Commitment action fund spent just over $31,000 in opposing Booker, while the Conservative Campaign Committee spent about $3,000 supporting Lonegan.

The money does not come close to closing the funding gap between the two men as Booker reported more than $8 million raised as of July 24.  At the same time, Lonegan reported raising $222,000.

Booker also was the beneficiary of more than $727,000 in outside spending from three groups during the primary campaign.  None of the groups have yet stepped up on Booker’s behalf in the general election, but the bulk of the primary spending was done in the final week of the campaign. 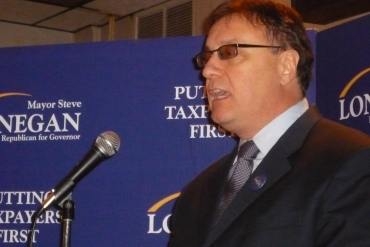