There was a disturbing moment during last night’s US premiere of “Anna Nicole: The Opera” at BAM.

The story is not only about Anna Nicole Smith’s life, but also the spectacle of it. “The camera” becomes an anthropomorphized character observing her 1994 marriage to the Texas oil billionaire, J. Howard Marshall II. Black-clad, human cameras slowly multiply until there are 26 of them crowded on-stage for the comic, yet affecting, finale. The one assigned to permanently hover over baby Dannielynn’s carriage is especially creepy.

As a reporter, I covered Anna Nicole for the last nine years of her life: first, as a plausible glamour model for Guess jeans, then increasingly as the kind of mobile train wreck for which our culture developed such an appetite, especially in its young female celebrities.

So it was about the time that the cameras started raking through her garbage on stage that I realized, “oh, I guess that was me.”

The opera’s chorus is styled as a scrum of TV journalists. The men are anonymous enough in their gray anchor suits, and the women are similarly generic Fox-esque blondes. Even though that type is fairly common on local news stations across the country, I couldn’t help but see the character as Rita Cosby, the television correspondent who most tenaciously followed Smith’s story.

Among its more colorful claims was that Stern and Larry Birkhead—who turned out to be Dannielynn’s father—were secretly lovers, and that Smith had a sex tape of the two that she would watch with her nanny. The suit settled in 2009, with no details of the terms ever becoming public.

Birkhead slammed “Anna Nicole: The Opera” when it debuted in London in 2011. Calling it “trashy and tabloidy,” he got some press by threatening to sue—which was baseless and never happened.

Frankly, he should have sent flowers. Birkhead, who was as compromised as any of the enablers in Smith’s messy final years, isn’t even mentioned in the opera.

The villain of the piece is Stern, and he would have far more to complain about—if the show were presenting itself as a documentary. But it isn’t.

Composer Mark-Anthony Turnage and librettist by Richard Thomas took the legend of Anna Nicole and turned it into art, including imagined dialogue and some invented minor characters. The real Stern, who fought Birkhead and lost for custody of Dannielynn and whatever remnant of Marshall’s fortune might be attached to her, seems finally to have left the stage.

Dannielynn’s potential worth is still tied up in a legal battle with the Marshall family. The latest court decision in May opened the door to a claim on as much as $49 million, but the cash isn’t hers yet.

That doesn’t mean she doesn’t make money. The child turned eight this month, and throughout her life, Birkhead has been brokering access. The Entertainment Tonight web site, previewing a clip from a special that aired on Oprah Winfrey’s network in August, ingenuously said the doting dad “recently welcomed cameras inside their home for a rare look at the duo’s life outside of the spotlight.”

In the opera, Stern’s non-paternity of Dannielynn is addressed in a single line: “The baby’s not yours!” But there is no time to dwell on the news: we are too close to the final curtain, and alas, we all know how it ends. The welcomed cameras close in.

In real life, trying to cover Anna Nicole as a journalist was like chasing a burning hot air balloon. She was highly visible, clearly in lots of trouble, but always drifting elusively out of reach.

She didn’t show up at my one opportunity to interview her. That was the premiere of her 2007 film “Illegal Aliens,” in which three extra-terrestrials transform themselves into babes to fight evil. Yeah.

To give you some idea of where Anna Nicole was in her life at the time, her co-star was Joanie “Chyna” Laurer, a former WWE wrestler. Her own post-wrestling fame was based on a combination of reality TV, substance abuse and rehab, public nudity, domestic disputes and pornographic films.

When I asked her what it was like working with Anna Nicole, Laurer replied sympathetically, “She’s extremely nutty.” 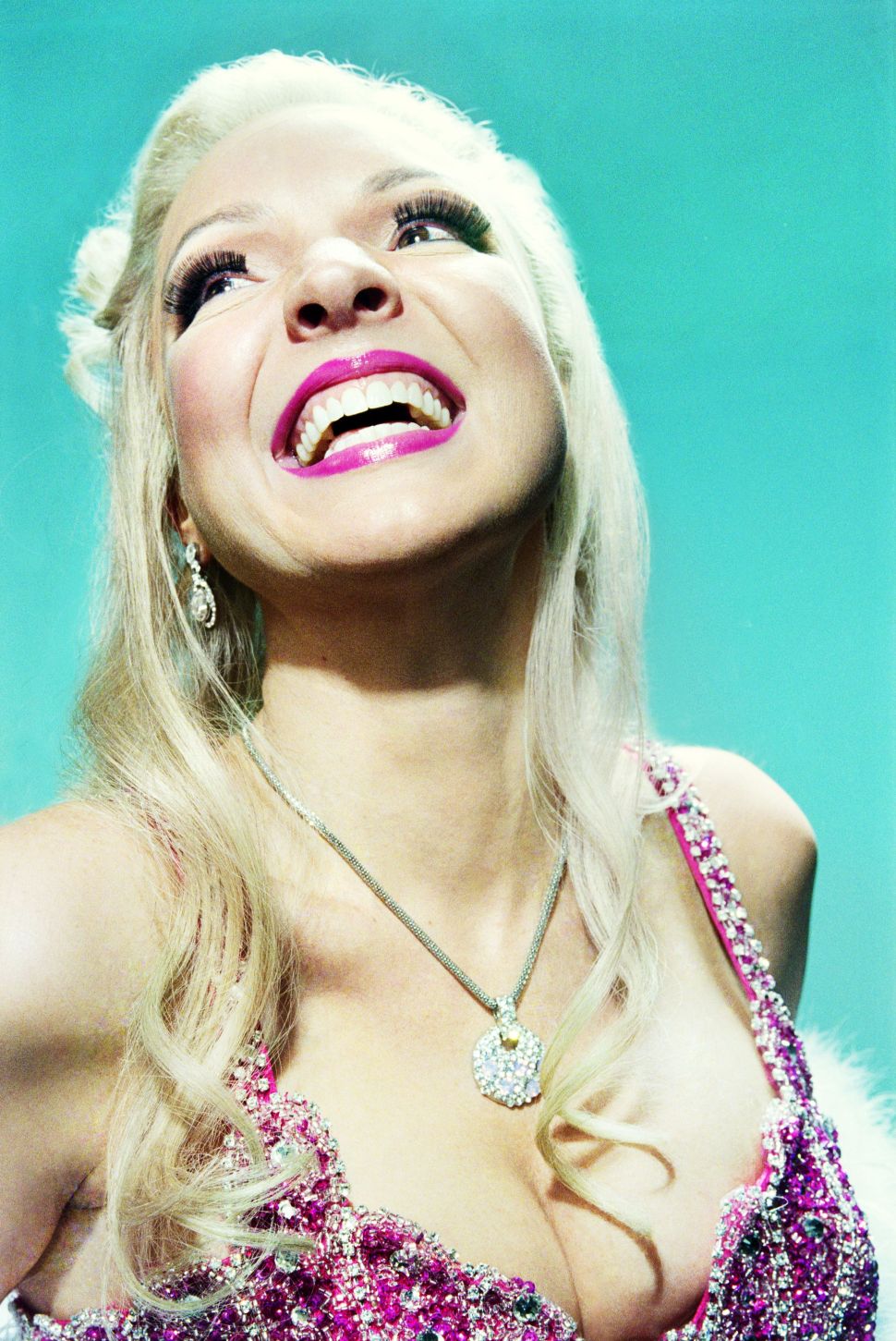