“Make me proud, Secretary Kerry,” said Paul, who claims President Barack Obama made him proud when he said he would put a use of force resolution before Congress but just as fast deflated him.

“He said ‘If I lose the vote, I’ll probably do the bombing anyway,’” complained Paul, a possible 2016 candidate for president who has already clashed with Gov. Chris Christie on warrantless wiretapping.

“I don’t know what the President’s decision is but he will still have the Constitutional authority,” said Kerry, who sparred with the Republican senator on that point.

“Madison was very explicit,” Paul said. “The Constitution vests the power of war in Congress. This power is a congressional power, not an executive power. Ask the people on the ships launching the missiles whether it’s a war or not.

“Abide by the vote of Congress,” he urged.

“I will leave to the man who is elected the responsibility for what his decision is but the president intends to win this vote,” the Secretary of State said.

“We all agree chemical attacks are a horrendous thing but they are skeptical,” said Paul, who claimed his constituents are not calling him.

Kerry turned the questioning on Paul and asked the Kentuckian if Assad would again use chemical warfare on his own people if the United States does not strike.

“It’s a guarantee,” Kerry said. “Assad will do it again.” 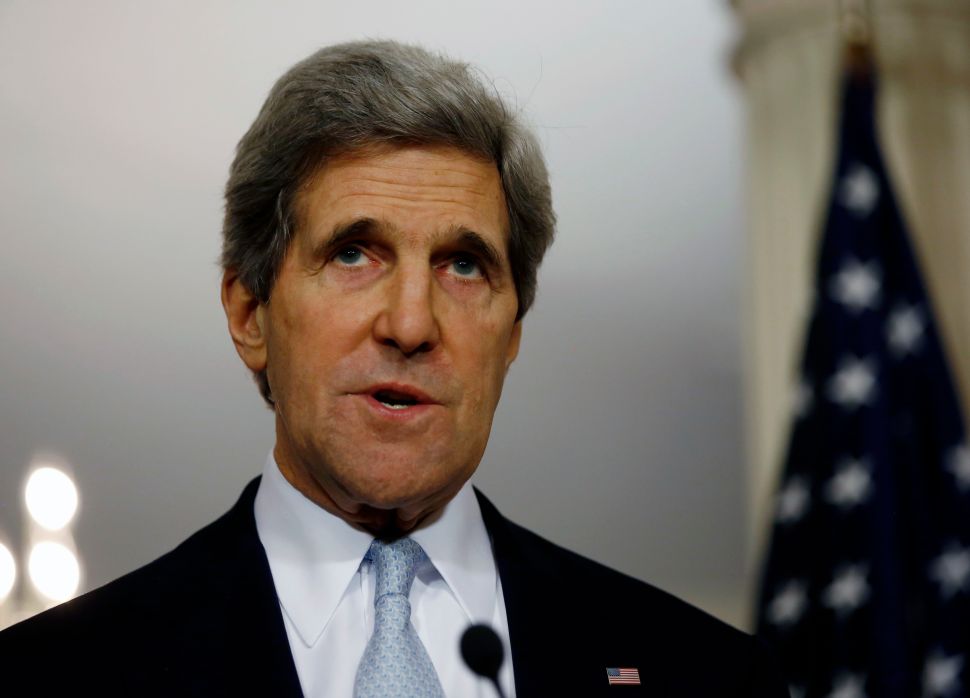