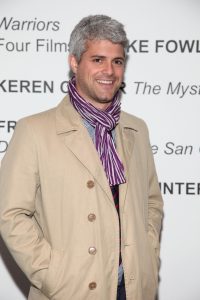 MoMA PS1 announced today that Peter Eleey has been promoted from curator to curator and associate director of exhibitions and programs at the museum. So, he’s still the top curator there, but will now also work “closely with [PS1 Director Klaus] Biesenbach to expand the institution’s exhibitions and programs and to build its overall capacity in partnership with colleagues at the Museum of Modern Art,” according to a release, which says that he has organized a pretty impressive 16 exhibitions since joining the museum three years ago.

At the moment he’s working on PS1’s Mike Kelley retrospective with former MoMA curator Connie Butler, who now heads the Hammer Museum in Los Angeles. Set to open next month at the museum, the Kelley show originated at Amsterdam’s Stedelijk Museum last year, where it was organized by Ann Goldstein. At a press conference today, Mr. Biesenbach said that the PS1 version will be twice as large as the Amsterdam iteration, and will fill every single exhibition space there.