The new WSJ-NBC 4 New York-Marist survey, released Sunday night, gives Mr. de Blasio 36 percent of the likely Democratic vote–slightly less than the 40 percent he would need to avoid a runoff with the second-place contender.

City Council Speaker Christine Quinn, who dominated the polls early in the race, and former Comptroller Bill Thompson appear locked in a dead tie, with each earning 20 percent of the vote.

“As they say, you want to peak at the right time – de Blasio has peaked at the right time,” pollster Lee Miringoff, told the Wall Street Journal. “He’s positioned right where he wants to be.”

Indeed, the numbers show Mr. de Blasio leading across all demographic groups, beating Ms. Quinn among women and Mr. Thompson–the race’s only black candidate–among Latinos and blacks. He is also dominating across every borough, including Ms. Quinn’s home turf of Manhattan.

Support for former Congressman Anthony Weiner and Comptroller John Liu remains anemic, at 7 and 5 percent each. Still, 8 percent of voters remain undecided and 13 percent said they might change their minds–suggesting there is still room for surprises on Election Day.

At a giant get-out-the-vote rally this afternoon in Brooklyn, one of Mr. de Blasio’s most ardent backers urged supporters not to “get intoxicated about the polls.”

“The polls don’t mean a damn thing if we don’t get out and vote!” George Gresham, president of the healthcare workers’ union 1199 SEIU, which has endorsed Mr. de Blasio, said.

Tonight’s poll also asked for the first time about the impact of advertising on the race and confirmed what has already become common wisdom: Mr. de Blasio’s television spot starring his son Dante, who sports a famous afro, was a knockout. According to the Journal, 59 percent of registered Democrats who reported seeing an ad for Mr. de Blasio said they liked him more after viewing the spot.

Still more surveys will be added into the pile in the near future. Another poll, from Public Policy Polling, is set to be released later tonight, likely between 10 p.m. and 11 p.m., according to the firm’s Twitter feed. And it seems likely that Mr. de Blasio will perform well in that survey, too.

“We’re going to have a New York City poll tomorrow night. Hard to tell what side of 40% de Blasio will end up on based on calls so fay,” they tweeted yesterday.

Quinnipiac University, whose polls have shown some of the best results for Mr. de Blasio in recent weeks, is also scheduled to release another poll tomorrow morning. 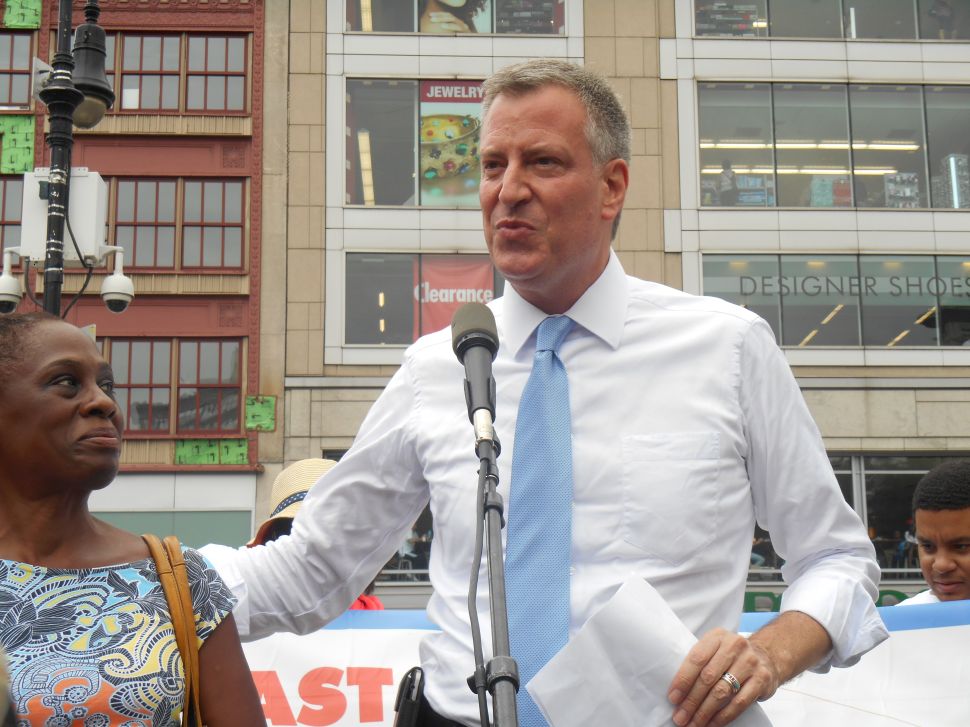