While residents are negative on Gov. Chris Christie’s handling of property taxes in the state, they overwhelmingly support his efforts on storm recovery and are happy with his performance in other areas including education, propelling the governor to a 61 percent approval rating among state residents.

That number rises slightly to 63 percent among registered voters, a good sign for the governor as he faces re-election.  Christie’s approval rating among women, a weakness in the early days of his tenure as governor, remains strong at 61 percent alongside 62 percent approval from men.

Republicans are still Christie’s largest block with 89 percent of those polled saying they approve of the job he’s doing, however his standing among Democrats fell to 47 percent approval.  This poll marks the first time since the storm that Chrisite’s approval among Democrats has fallen below 50 percent.

Surprisingly, half of all public workers polled approve of the job the governor is doing.  Christie has battled since with public sector unions – most notably the teachers union – since his early days in office.

“The governor continues to hold a strong post-Sandy standing among New Jersey residents.  The only evidence of a dip comes from Democrats, and even that group remains relatively positive,” said Patrick Murray, director of the Monmouth University Polling Institute.

The Monmouth University poll graded the governor in several areas, including post-Sandy recovery, education and tax relief.  The governor received his strongest grade on storm recovery and his weakest on controlling taxes.

A full 72 percent of residents give the governor an “A” or “B” on his handling of Superstorm Sandy, but the governor does not fare as well when it comes to handling property taxes – among the state’s most prickly issues.

More than a third – 35 percent – of residents grade the governor a “D” or “F” in his efforts to reduce property taxes against just 27 percent who grade Christie an “A” or “B.”

In the areas of cost cutting and education, four in 10 residents give Christie an “A” or “B” while less than three in 10 give him positive grades on job creation.

On his handling of same-sex marriage, 30 percent of respondents graded the governor an “A” or “B” while 31 percent graded him “D” or “F.”

“Property tax relief is the only area where the governor’s grades have been consistently weak.  This has little impact on his overall job rating, though, because New Jerseyans place most of the blame for this problem on the Legislature, past governors, and local entities,” said Murray.

The state Legislature has a slightly positive job rating – 39% approve to 34% disapprove among all residents and 38% approve to 36% disapprove among registered voters.  That number is off slightly from earlier polls taken this year, but is still above pre-Sandy polls dating back to 2007 when opinion on lawmakers was heavily negative. 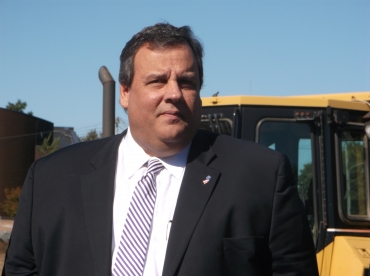