Running for mayor of Newark, North Ward Counclman Anibal Ramos upbraided South Ward Councilman Ras Baraka for being less than forthcoming in his endorsement for Cory Booker for U.S. Senate.

But he won’t publicly back the Democratic alternative, Booker.

“Why wouldn’t I — or anyone else from Newark — enthusiastically support a candidate who can do so much for our city when he gets to Washington, D.C.?” Ramos demanded. “Mayor Booker has publicly stated that he would fight for increasing the minimum wage, stricter gun control, expanding civil rights and increasing federal assistance for cities to hire more police officers — all issues that are vitally important to Newark. Steve Lonegan would do none of these. Mayor Booker is the clear, unambiguous choice in this race.” 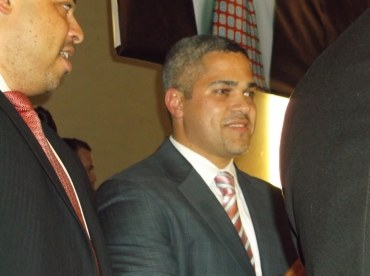