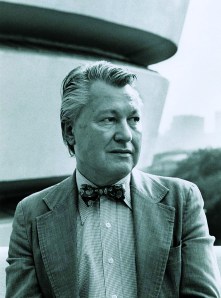 On Monday evening, a smart but solemn art set, which included Pace Gallery founder Arne Glimcher and his art historian wife, Milly, as well as longtime Art News magazine publisher Milton Esterow, gathered at the Guggenheim to honor the memory of perhaps the museum’s most esteemed director, Thomas M. Messer, who passed away in May. He served at the museum from 1961, two years after it moved to its Frankl Lloyd Wright-designed home, until 1988, and oversaw numerous landmark shows, including an important 1979 show of German artist Joseph Beuys’s work.

Reminiscences from Mr. Messer’s colleagues—including Lisa Dennison, who spent most of her career at the Guggenheim, rising to director before moving on to Sotheby’s—were punctuated by a bit of Bach from pianist Simone Dinnerstein, who said she owed her introduction to the instrument to Mr. Messer. In the mid 1970s, he wrote a letter of reference that helped her father, the artist Simon Dinnerstein, win the Rome Prize, and it was in Rome that young Simone discovered the piano.

Linda Shearer, who was at the museum from 1969 to 1980 and went on to head up the Williams College Museum of Art, recalled that, when she began working for Mr. Messer, the two of them found common ground in their love of cats. Apparently dismayed at having two Lindas working for him, Messer began calling Ms. Shearer by her cat’s name, Bindoo, resulting in many memos addressed to one “B,” memos that would confuse researchers in years to come. At the podium, she waved one such note in the air, this one addressed to Bindoo, thanking her for her help on a project. “And you can see,” she said, pointing to a frayed corner of the age-tinted scrap, “it was chewed on by the real Bindoo.”

Among the final speakers was Peter Lawson-Johnson, who was chairman of the board during Mr. Messer’s tenure. He told of a panicked 2 a.m. call he once received from Mr. Messer, telling him that a truck shipping Peruvian artifacts from the Guggenheim to an exhibition’s next stop in Los Angeles had been in a head-on collision. “Should we call the Peruvian ambassador?” Mr. Messer asked. Mr. Lawson-Johnson told the director they should sit tight and see how the objects had fared. When the dust cleared, it turned out that everything was packed so well that nothing had been damaged. “We didn’t call The New York Times,” Mr. Lawson-Johnson told the audience at the Guggenheim. “We never told anyone.”