It was a sign of the new era in Jersey City that U.S. Rep. Albio Sires (D-8) appeared last night with a special gift in hand for Mayor Steve Fulop.

The two men were on opposite sides of the Jersey City mayoral contest, with Sires saddling up with the now deposed Jerry Healy.

The resurfaced Sires at Fulop’s fundraiser offered the beam of a happy reconciliation with the present, as did others making sure they were seen last night in Fulop’s power circle.

Sources say O’Dea is a possible contender for DeGise’s office in 2015. 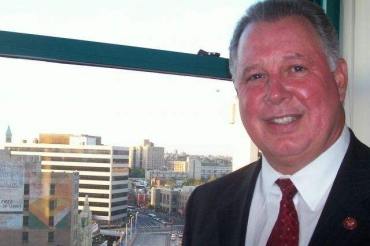