U.S. Rep. Chris Smith has introduced a resolution calling for a Syrian war crimes tribunal to investigate and prosecute “war crimes, crimes against humanity, and genocide, whether committed by officials of the Government of Syria, or members or other groups involved in civil war in Syria.”

Smith, who has been vocal in his desire for an independent investigation of the Syrian conflict and allegations of the use of chemical weapons by the regime of Bashar Assad, said the tribunal is a “non-lethal” way to hold Assad and others responsible for the attacks.

“A Syrian War Crimes Tribunal is an effective alternative to missiles and bombs that carry huge risks of killing or maiming innocent civilians and exacerbating the conflict—all while putting American service members at risk,” he said.

Smith, a member of the House Foreign Affairs Committee, had harsh words for the Obama administration’s desire to begin military strikes against Syria as punishment for the chemical weapon attacks that reportedly killed more than 1,900 Syrians.

“Each day, the Obama team grows shriller suggesting that not using military force constitutes doing nothing,” Smith said.  “It’s a false choice that ignores the fact that wielding powerful weapons against Syria is fraught with potentially disastrous consequences not just inside the war-torn country but throughout the region. In the President’s rush to bomb, no one knows for sure whether U.S. strikes will mitigate or exacerbate the violence. And with the rebels’ ranks swelling with Al-Qaeda extremists, does military action by the United States help or hinder any future transition to humane and responsible governance in a free Syria?” 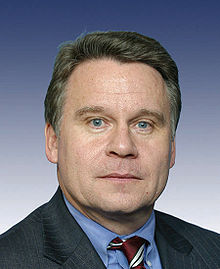