Bayonne Mayor Mark Smith last night formally announced his intention to run for re-election next year at the Chandelier.

First elected mayor in 2008 as the successor of Mayor Joe Doria, Smith was elected to a full four-year term in 2010 and now seeks his second four-year term.

A policeman by trade, Smith is the former chairman of the Hudson County Democratic Organization (HCDO). 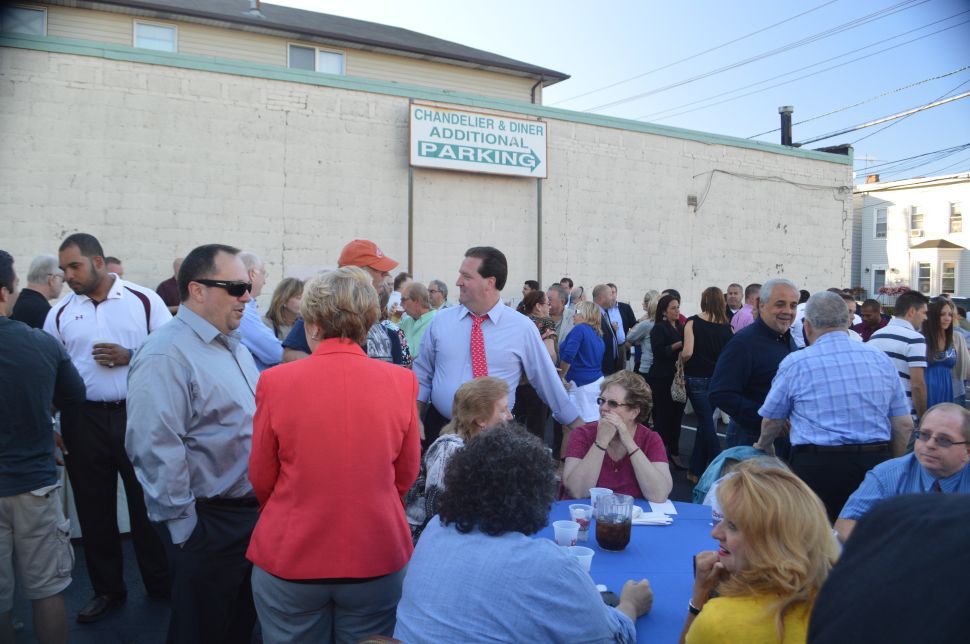