Council President Samson Steinman will be sworn in as acting mayor and the council has 30 days to pick a successor.

Proctor did not confirm his departure in an email response to PolitickerNJ.com, saying only that the city charter determines the process of succession.

It’s been a tough year for Proctor, found guilty in municipal court of soliciting a parking lot donation from a Birdsall engineering representiative, apparently to help pay off another fine for campaign finance reporting violations.

Caught in the Birdsall headline undertow, Proctor forked over a $750 fine and suffered the indignity of back buzz in Union County.

Proctor’s resignation is the latest web particle in the story of Birdsall, which late last month was ordered to pay $1 million in penalties for its role in a pay-to-play scheme in which hundreds of thousands of dollars in contributions were illegally funneled through firm employees to evade state pay-to-play laws.

The firm pleaded guilty on June 13 to charges of first-degree money laundering and second-degree making false representations for government contracts filed by the Division of Criminal Justice Corruption Bureau.

The firm already has paid $2.6 million to settle a civil forfeiture claim.  The firm is prohibited from working on government contracts for 10 years.

Proctor has served as mayor since 2010.

Prior to his mayoral term, he served as Health Officer to Rahway, Scotch Plains, Hillside, Berkeley Heights and Winfield, and was the deputy coordinator of Emergency Management for the City of Rahway. He was appointed to the Union County Board of Chosen Freeholders in February 2002, elected to a full three-year term in November 2002 and re-elected in 2005. He was re-elected to a third term in 2008. He served as Chairman of the Freeholder Board in 2005 and Vice Chairman in 2004. 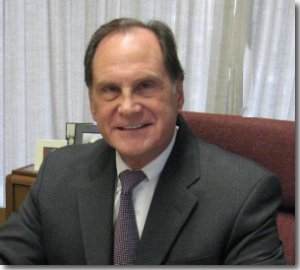