Former Middlesex County Sheriff Joe Spicuzzo was sentenced to nine years in state prison today for his role in a jobs-for cash- scheme in which he collected $112,000 from people looking for work with the sheriff’s office.

The former sheriff will not be eligible for parole for the first two years of his sentence and was also ordered to pay a $55,000 fine.  He also forefeited his pension and is permanently barred from public employment in New Jersey.

He pleaded guilty in June to bribery.

Former Sheriffi’s investigator Darrin P. DiBiasi, 45, was sentenced to 364 days in the county jail as a condition of five years of probation.  DiBiasi was also ordered to serve 200 hours of community service and to pay a $5,000 fine.  DiBiasi pleaded guilty on June 25 to a third-degree charge of conspiracy to make illegal gifts to a public servant.

Sheriff’s officer Paul A. Lucarelli, 48, also pleaded guilty on June 25 to a third-degree charge of conspiracy to make illegal gifts to a public servant. He is scheduled to be sentenced on Oct. 4.

“Sheriff Spicuzzo’s decades as a political power broker in Middlesex County corrupted him to the point that he viewed jobs in the sheriff’s office as personal assets he could sell for his own enrichment,” said Acting Attorney General John Hoffman. “Spicuzzo clearly thought he was above the law, because that is the only way to explain his brazen demands for bribes from new recruits.  With this prison sentence, we affirm that nobody is above the law in New Jersey.” 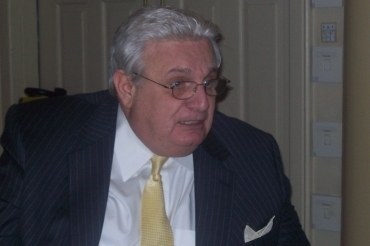