With seven weeks to go until the Nov. 5 general election, the Republican has the support of 58 percent of likely voters surveyed, while his Democratic challenger has 30 percent, according to the poll. Nine percent are undecided or say they don’t have a preference.

Stockton conducted the statewide poll with 812 likely New Jersey voters from Sept. 15-21, contacting voters on both land lines and cell phones. The survey has a margin of error of +/-3.4 percent.

Stockton says Christie enjoys high ratings, with 68 percent holding a very favorable or somewhat favorable opinion of him, and 28 percent having unfavorable views. Buono, who represents parts of Middlesex County, is viewed favorably by 29 percent and unfavorably by 23 percent. Nearly half of the electorate – 46 percent – is not familiar with the candidate.

Sixty percent of the respondents say the governor is doing a good or excellent job, with 39 percent rating him as doing a fair or poor job.

By contrast, only 28 percent rate the New Jersey Legislature as good or excellent and 64 percent rate them fair or poor. Still, it is better than the view of the United States Congress, which receives only 13 percent positive ratings and 84 percent negative.

The poll found 42 percent rating President Barack Obama’s job performance as good or excellent, and 56 percent as fair or poor.

While Christie gets high marks, the poll finds limited ability for the governor to pull fellow Republicans into office on his coattails. Asked what effect a Senate or Assembly endorsement by Christie would have on their votes, 29 percent say it would make them more likely to vote for that candidate and 29 percent say it would make them less likely. More than a third (35 percent) says a Christie endorsement would have no effect.

Meanwhile, large percentages of voters support the public questions on New Jersey’s ballot. Seventy-seven percent support raising the state’s minimum wage from $7.25 an hour to $8.25 an hour and providing annual cost of living increases. Nineteen percent are opposed and 4 percent are undecided/refuse to answer. Thirty-one percent of the opponents and undecideds would support the minimum wage increase if the annual COLAs were not part of the proposal.

Sixty-six percent supports a proposal to allow veterans groups to use money raised in raffles and games of chance to fund their operating expenses, while 23 percent are opposed and 10 percent are unsure. 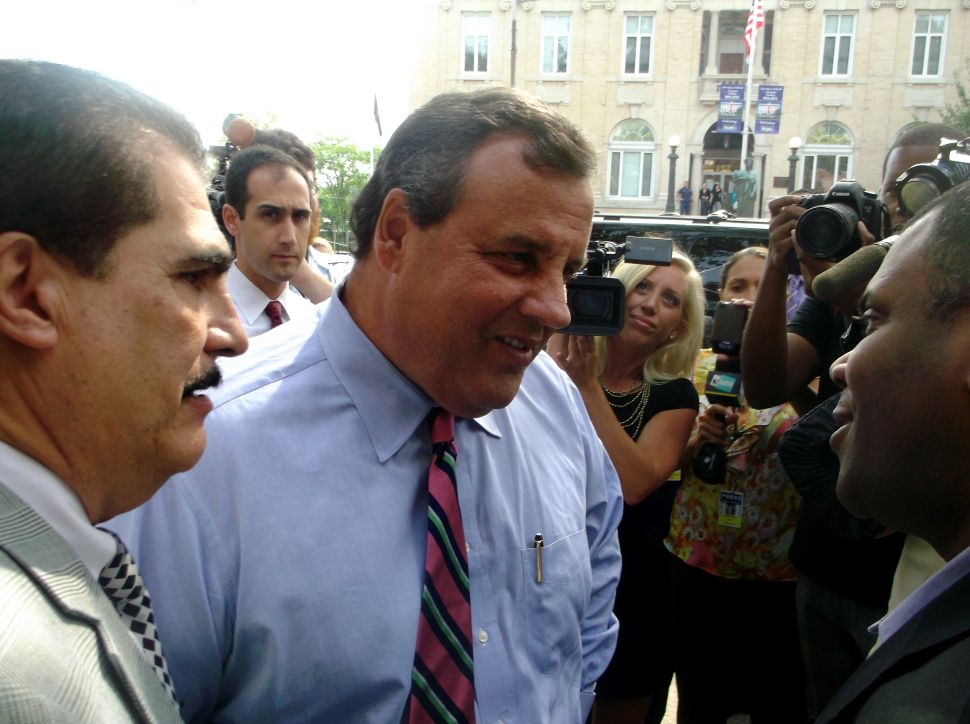