Van Drew leads Republican challenger Susan Adelizzi-Schmidt 62 percent to 29 percent, including voters who say they are leaning toward supporting one candidate or the other. Van Drew, a former state assemblyman first elected to the Senate in 2007, receives high favorability ratings of 70 percent. Adelizzi-Schmidt faces the challenge of low name recognition; 64 percent of respondents said they are not familiar with her.

However, the race for two state Assembly seats is much tighter, according to Stockton. While Democratic incumbent Nelson Albano has the most support with 24 percent, Republican challengers Sam Fiocchi and Kristine Gabor (both 17 percent) are only four percentage points behind Democratic incumbent Bob Andrzejczak, at 21 percent.

Stockton conducted the poll with 601 likely 1st District voters from Sept. 23-26. Interviewers called both land lines and cell phones. The survey has a margin of error of +/-3.9 percent.

“The 1st District has been competitive for a number of years, and it appears that at least one state Assembly seat there is up for grabs,” said Daniel J. Douglas, director of the Hughes Center. 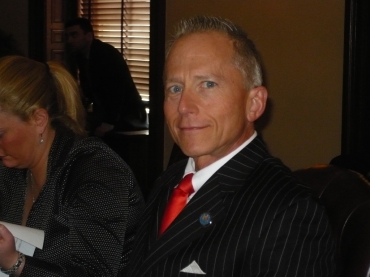